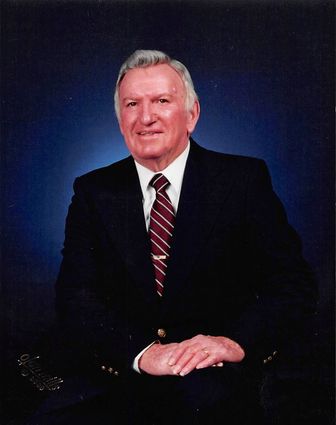 Funeral services will be held at 3:00 p.m., Saturday, February 24, 2018, at Claybar Funeral Home in Bridge City. Officiating will be Reverend Greg Edwards. Burial will follow at Hillcrest Memorial Gardens in Orange.

Visitation will be prior to the service beginning at 2:00 p.m.

Born in Kaplan, Louisiana, on June 20, 1932, he was the son of Hollis Joseph Guidry, Sr. and Willa Mae Herpin Guidry. John graduated from Kaplan High School and went on to Retire from supervision at Star Enterprise in 1993 following 42 years of service for the refinery. He loved the Lord and was a faithful member of St. Henry Catholic Church in Bridge City. John had a great sense of humor and loved music. He never met a stranger and always had a nickname for everyone. John loved his family dearly and will be greatly missed by all who knew and loved him.

He was preceded in death by his beloved wife of 65 years, Mary Joyce Toups Guidry; his parents, Hollis and Willa Guidry; his brother, Hollis Guidry, Jr.; and his sister, Levan Guidry Trahan.

John’s family wishes to express their appreciation to Kindred Hospice for the love and care they provided.

His family also wishes to express their appreciation and gratitude to Reverend Greg Edwards for his love and compassion for our dad. Dad enjoyed his visits with scripture, music, and prayer.