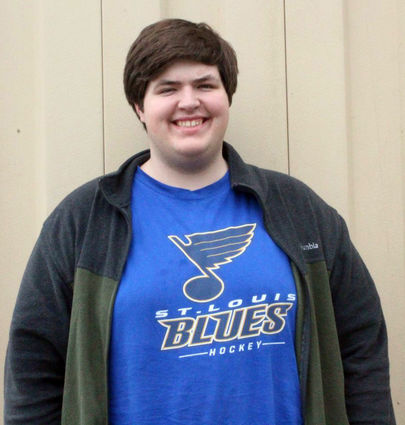 Becoming a National Merit Scholarship finalist is not an easy task; however, senior Chandler Barr was recently able to achieve this prestige title.

These high scorers are notified in September whether they are a Commended Student or Semifinalist. About 34,000 are named Commended Students and 16,000 Semifinalists. Semifinalists have a higher selection index score and are the highest scoring entrants in each state. In February, 7,500 finalists are named as recipients of one of the three types National Merit Scholarships. Award members are chosen based on their accomplishments, their high school’s official written recommendation, academic record, leadership, finalist essay, extracurricular activities, and skills they have.

Barr scored a 1470 on the PSAT and has been advancing in the program since. On Feb. 12, he was informed that he was selected as a $2,500 scholarship and said he was very happy to hear the news.

“I was excited when I heard that I was named a National Merit Scholarship recipient,” Barr said. “I had already received a letter from Texas A&M offering a substantial scholarship as long as I became a finalist, so it is a relief to finally have the scholarship for sure.”

Barr said he will use this scholarship to help with the cost of college while pursuing an engineering degree at the university of his choice. As of now, Barr has applied to University of Texas at Austin, A&M, Rice, and Georgia Tech, and said he will likely go to the college he gets the most scholarships from.

“It certainly makes it more likely that I attend A&M since they offer the scholarship for becoming a finalist,” Barr said. “I plan to become an engineer, but I do not know what type exactly. I chose this profession because I have always been best at math and science. I believe this degree will allow me to find an interesting job.”

The advice Barr suggests for someone who is looking to become a National Merit Scholar is to take the test sophomore year, but complete a practice test beforehand to have a clear outlook of the format.

“Taking the test, my sophomore year helped me to be better prepared for the test,” Barr said. “I also looked over a practice test to have an idea of what to expect. Learning a lot in class is the best strategy. It’s a hard test to study for because it is so broad. It helps to be familiar with the format, so nothing on the test will surprise you.”

Barr not only spends time studying to prepare for his future and actively working to complete scholarships, but he is also involved in many extracurricular activities such as Science, Mathematics, and Number Sense UIL. These activities help to display his leadership skills and how he will perform in his career as an engineer.

“This year he has been a UIL medal machine,” Computer Science teacher Terry Morris said. “At one meet he received nine first place medals which I had never seen anyone do. I made him put them all on when he got off the bus so that he could jingle for his parents. It was classic. I don’t coach UIL Science but he has worked hard this year to recruit other students to join the team. If we named a captain he would easily be the captain of the Science, Mathematics, and Number Sense teams. He works hard and gets his work done fast. He takes pride in doing it right. He works well with others if they ask for help. He tends to lead by example.”