The Bobcats brought home first, second and third place medals this week from the Midcounty Invitational. Girls Doubles, Taylor Decker and Megan Ibeck went undefeated in the A division. Winning the silver, Boys Doubles, Brayden Berry and Dylan Williams, defeated LCM, Silsbee and Anahuac before falling to PNG in the finals. They defeated PNG, Hardin Jefferson and Nederland in a round robin to capture the gold. After a loss in the opening match, Mixed Doubles, Christie Luoung and Luke Truncale came back to earn the bronze in the A division.

Orangefield will be back on the courts next week. JV and freshmen will compete in the Kelly Invitational on Thursday and the varsity will play in the Vidor Spring Break Invitational on Friday. 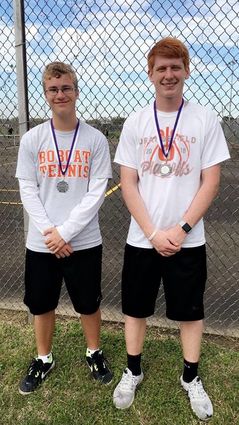