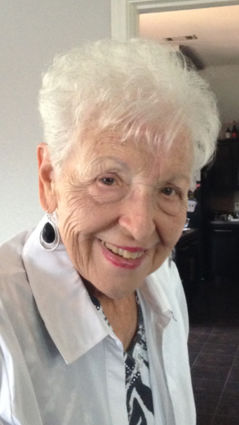 Funeral services will be at 2 p.m., Wednesday, March 14, 2018, at First Baptist Church in Bridge City. Officiating will be Reverend Bill Fabriguze. Burial will follow at Memory Gardens in Nederland.

Born in Memphis, Tennessee, on February 3, 1930, she was the daughter of Byron Cason and Mary John (Marshall) Cason. Sally retired from Sims Elementary school where she was a music teacher for 22 years. She was a member of First Baptist Church for many years. Sally was very devoted to her husband, children and grandchildren. A pastor’s wife, Sally was very supportive of her husband’s ministry. Together they served various Baptist churches in the golden triangle area and traveled to several countries on different mission trips. She will be dearly missed by all those who came to know and love her.

She was preceded in death by her parents; loving husband, Reverend Dale Vance; and sister, Mary C. Bethay.

For those who wish, memorials may be directed to The Gideons International, P.O. Box 445, Orange, Texas 77631.