Port commish candidates out for change 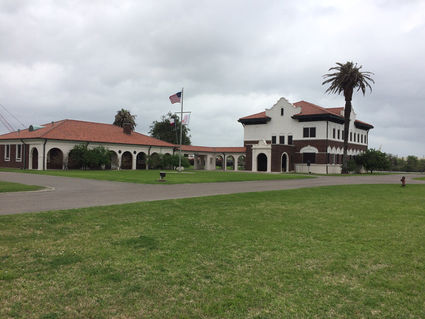 The Orange County Navigation and Port District has a $2 million annual budget, of which about $400,000 comes each year from taxpayers.

Five port commissioners, each paid $50 and a free lunch in a historic building each month, can hire and fire and direct the Port Director, who runs the day-to-day operation.

Gene Bouillion has been Port Director since late 1998 and most of his commissioners have changed little. In four of the last seven every-other-year elections, none of the commissioners has drawn an opponent.

This year is different.

“This is very unusual to have so many people running for election in my time here,” Bouillion said.

Come May 5, a total of five men will seek to become or retain the job of port commissioner. Early voting begins April 23 and runs through May 1.

There will be no run-offs since only a plurality of votes is needed to win.

At-large commissioner Jerry Hughes has retired after 12 years and three four-year terms for which he ran unopposed.

Three men are after running to fill his chair.

In Precinct 1, Keith Wallace, owner of Reliable Cleaners and a commissioner since 2006, is running for his fourth term against Travis Miller, an Orange dentist.

John W. Young Jr., a 76-year-old retired farmer who has been on the board for 24 of the last 28 years, is running unopposed in Precinct 4.

Precinct 3 already has a new commissioner, as Jimmy Smith moved out of the county after Hurricane Harvey. He had another two years before he was up for re-election so board members decided to name a replacement, 37-year-old John Montagne Jr., a homebuilder with Deep South Properties.

Montagne will attend his second monthly meeting next week. Besides Montagne, Barbara Winfree is the newest commissioner. She was named by other board members to replace her husband after he died in 2010.

Three of the four seeking new spots on the district board want big changes.

He wants to move the Orange port to the Neches River.

“We need to grow as a port or get out of the business,” Holt said. “All of the vessels are a lot larger than they used to be and they can’t come to Orange.

“You don’t make money off barges. You make it off shipping.”

“When I interviewed for the job, I said I felt like the Port of Orange was more of a barge port rather than a shipping port,” Bouillion said.

“People are always talking that we need to dredge the Sabine River to a 40- to-45-foot depth like the Neches River. It’s not cost feasible. You’re talking about billions and billions of dollars.

“Not only would we have to go down 10 to 15 feet, we’d have to double the width because ships get wider as they get deeper drafts. The Neches is 400 feet wide. We’re 200 feet wide.”

The Orange port has five berths being rented to companies to fleet and outfit their barges there. The tenant provide jobs and about rent payments and other dockage fees make up about $1.6 million of the port’s $2 million in annual revenue.

Despite being retirement age, Mullins says he continues to work loading and unloading ships at the Port of Beaumont and Port of Port Arthur.

He wants to see Orange become a giant port for container cargo to transport via barges to deepwater ports.

“One barge instead of 400 to 500 trucks, you could eliminate a lot of the truck traffic between here and Houston,” Mullins said. “There was talk of it before. We just need to put people and industry together.”

Miller, a dentist in Orange since 1985, wants to create some economic development and doesn’t rule out dredging the Sabine to accommodate modern shipping.

“I know it takes 15 to 20 years to get them to dredge something, but I’m just looking at some way to generate some jobs, utilize the port for something besides labor,” he said.

Schossow is familiar with dock operations. And he’s served on a lot of boards of directors, including United Way, Ducks Unlimited, Red Cross and the Orange County Appraisal District.

“You can say a lot of things,” Schossow said, “but until you get on the job and see where the deficiencies are, you can’t make a rational decision. I want this county to become more EDC friendly.

“There are a lot of things you have to look at, but I feel with my knowledge of the marine industry, I feel like I can make a difference.”