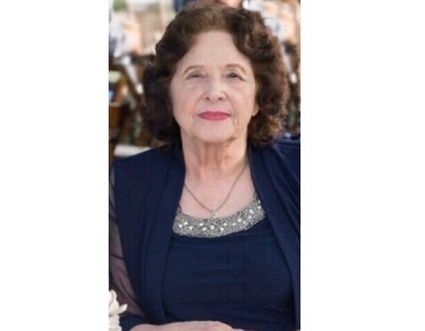 Funeral services will be held at 10:00 a.m., Friday, April 27, 2018, at Faith United Methodist Church in Orange. Officiating will be Reverend Keith Tilley. Burial will follow the service at Hillcrest Memorial Gardens in Orange.

Born in Buffalo, South Carolina, on September 15, 1943, she was the daughter of Mr. and Mrs. Clarence Turner.

Ruth met her loving husband, Mack, while working as a Candy Striper in the military.

She was a business manager and co-owner with Mack of Texican Inc. Construction Company where she worked until Mack retired.

Ruth then went back to school to pursue her true calling of being a nurse.

She received her Registered Nurse degree from Lamar University in Beaumont, Texas.

She went on to work for Beaumont Nursing and Rehabilitation and Gulf Health Care in Port Arthur.

Throughout her career she served as many capacities from nursing caregiver, to Director of Nursing.

During her years of nursing she met her best friend, Diane.

Ruth’s biggest enjoyment as a nurse was being a caretaker, caregiver, and nurse to the elderly.

She was an adventurer, enjoyed going to the casino, and loved traveling to her “home town” in South Carolina.

She was an extremely generous woman who would help anyone in need.

Ruth loved life and had a huge heart. She cherished every moment she spent with her children and grandchildren.

Ruth will be dearly missed by all who knew and loved her.

She was preceded in death by her parents; loving husband of 30 years, Mack Gothia; son, Brenden Gothia; and her sisters, Vicky Davis and Velda Heney.

Ruth’s family would like to extend a special thank you to her very best friends, Diane and Paul Estrada, for all of the love and care they have always shown to her.

In lieu of customary remembrances, memorial contributions can be made to The University of Texas MD Anderson Cancer Center at P.O. Box 4486, Houston, TX 77210-4486.