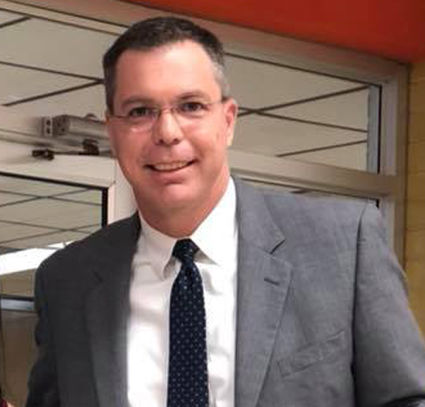 Orangefield’s school board voted 7-0 Monday night to arm school district employees in a resolution that the board “realizes the local district administration and employees will be first on scene in the event of an armed intruder.”

The action will not take place before the beginning of the 2018-19 school year next August because of training requirements not achievable until the summer.

It came with some unanswered questions, which superintendent Stephen Patterson made clear were purposely built in to the school defense legislation first crafted by the state of Texas in 2013.

Keeping the identity of armed employees from the public is a linchpin of the process. Patterson explained at the March meeting: “If a bad guy knows who may or may not have a gun, it won’t be an effective deterrent.”

Monday’s resolution didn’t even identify which of the two programs – School Marshal Program or the School Guardian Program – the district would use.

Generally, the Guardian program has more flexibility and fewer training requirements, but Patterson said Monday night that regardless of which plan was chosen, Orangefield would require all the employees it chooses to arm to undergo the 80-hour training and psychological testing needed for the School Marshal Program.

The training is held only once a year during the summer.

Monday, Patterson refused to answer questions concerning if any employees had been chosen yet for the school defense role or how they would be chosen.

“That is not open for public discourse,” he said. “We can’t release that information.”

The issue of allowing school employees to carry handguns on school property came up at the March meeting of the school board and drew some questions from parents who were notably absent Monday night.

It was pointed out in March and Risinger restated Monday the board’s concern about the time required for first responders to reach the school in the event of an active shooter.

In February, a school shooter in Parkland, Florida, killed 17 students and teachers and wounded 17 more in a six-minute shooting spree.

“Response time for our local responders as told by our sheriff is six to seven minutes,” Risinger said, “and we don’t want to allow that time period to go by if there is an emergency in our school district.”

Patterson said while school employees certified under either the Guardian or Marshal plans would be allowed to carry firearms, they “have the ability to utilize a firearm in the event -- and only in the event -- that serious bodily injury could be imminent. That is the only time they are allowed to access [firearms].”