Local civil rights icon to celebrate another trip around the sun 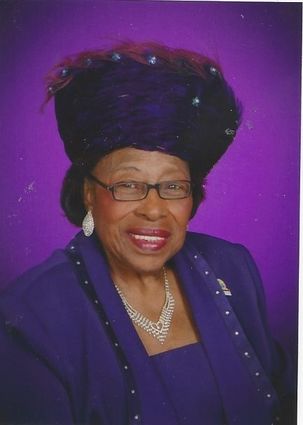 Photo: Essie Bellfield, former Orange City Councilwoman and mayor is a civil rights pioneer, joining the NAACP in 1952. Her birthday is next week and she figures she's at least one of the oldest members in Southeast Texas.

When Essie Bellfield, former Orange City Councilwoman and mayor, joined the National Association for the Advancement of Colored People, Harry Truman was president, the Korean Conflict was still being waged, the Corvette prototype and Mr. Potato Head were introduced and Queen Elizabeth II was coronated.

Bellfield doesn't know if she's the oldest NAACP member in Southeast Texas or one of the oldest in the state, but she reckons being a member of the organization for 66 years would qualify her. Moreover, she has a birthday next week.

She became interested in civil rights when she was living in Galveston. She brought her two young daughters to a public park at 22nd and Church Streets. A white man told her, "We don't want no n****** here."

Bellfield replied it was a municipal park, which means city, which meant her and her daughters belong there.

She also became involved in politics at that time. For instance, she began campaigning for a state representative running in an election.

Near the end of August in 1963, three residents from Orange climbed on a bus headed to Washington D.C., according to a prior News article. It wasn’t just any bus trip. It was a trip into history. They were participants in the civil rights March on Washington lead by Martin Luther King Jr. on Aug. 28. It was the day King gave his memorable “I have a dream” speech. James Zay Roberts and Velma Jeter where the other two people from Orange on that bus.

The bus was filled with about 40 people said Bellfield. The other passengers were from Port Arthur and Beaumont.

She spoke of three men buried in shallow graves, killed because they were trying to register people to vote in Mississippi. She was referring to James Chaney who was black and Andrew Goodman and Michael Schwerner, who were white. The were killed in 1964.

Bellfield said a white woman named Viola Gregg Liuzzo came down from Pontiac, Mich. to register people to vote. “When she left the voting area to go to the store to pick up a jar of mustard for the hot dogs, they killed her. And every time I go to vote, I put my number down and pull the lever, I say, ‘Viola, I’m here,’ because she didn’t have to leave her family to come to register us to vote. It upsets me right now, when we as black people, do not get out and vote. I don’t care how you vote, just get out and vote, because you didn’t have that opportunity [then].”

Over the years, Bellfield has amassed many plaques and honors for her service inkling being appointed to state boards by two Texas governors. She has also traveled the world.

"Not too many people in Orange can say that they served on state boards," she said. "I love people. I don't see black and white. When I worked in the medical field, medical students would pull the skin off of a cadaver and you can't tell if they're black or white. The NAACP was started by white people."