On Saturday. May 5, 2018 at approximately 3:37 P.M. Officer J. Lockett of the Pinehurst Police Department responded to the area of Somerset and Bayou Bend in Pinehurst, Orange County, Texas in reference to a suspicious vehicle. He located the vehicle in the aforementioned area parked near a wood line. Officer Lockett made contact with the lone occupant, a 41 year old white male identified as Joseph Allen Guidry of Orange. A warrant check revealed that Guidry had an outstanding arrest warrant for Possession of Drug Paraphernalia issued by the Orange Municipal Court. Officer Lockett arrested Guidry for the warrant. 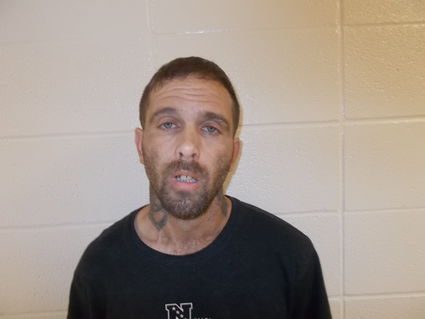 A subsequent inventory of the vehicle revealed a plastic bag containing a crystal-like substance on the front passenger seat of the vehicle. Lockett believed the substance to be Crystal Methamphetamine. He located more of the suspected substance concealed in a latex glove in an opened bag of Cheetos snacks. Several other items known as drug paraphernalia were located in the vehicle including a glass pipe for which to ingest the illicit substance, a portable scale, propane torch and smaller bags known to be used for the distribution of illicit drugs.

Guidry was transported to the Orange County Jail where he remains incarcerated with a $25,000 bond for Possession of a Controlled Substance, a 2nd degree Felony. if convicted, Guidry is facing 2 to 20 years in prison and a $10,000 fine.