"i love Bridge City. I wanted to start a business right where we live," she said. "It has a hometown feeling and we have baked goods like your grandma or like your mom would had made. I didn't want the shop to be like a grocery store."

Odom started baking at home several years ago. She learned through going to classes, trying things on her own and some trial and error.

"My friends and family said I ought to open up a business," Odom said. "I have home baked goods on the counter everyday. I also do special cake orders. I don't do wedding cakes."

Though Caryn's Bakery isn't exactly the new kid on the block — they've been opened since Feb. 1, 2017 — they're still part of a growing trend of businesses locating in Bridge City, according to B.J. Hanneman, executive director.

For instance, some new places include La Rosas Mexican Restaurant on Texas Avenue. Across the street is El Autentico Taco El Caporal in the former More To Love building. Next door is Elizabeth's Hidden Treasure Resale Shop where The Avenue was situated. She sells antiques, appliances and jewelry.

"This month we've been doing lots of ribbon cuttings (for new chamber members)," Hanneman said. "The old auto lube place (Cardinal Quick Lube) on FM 1442 and FM 408 is now Auto Lube. The Beardens in Vidor bought it. They own a shop there. They've remodeled the inside. They've been in the auto lube business for over 20 years."

There's also a new Modica Brothers on Texas Avenue and a new Total Care multi-specialty clinic in the middle of town near East Roundbunch Road.

Sweet Bee Boutique and Desserts, near Bridge City High School, is a different concept. Hanneman said in addition to being a clothing boutique, owner Roxy Scarborough also serves desserts and coffee. They've opened a location in Lumberton too. Consequently, they were the Bridge City Chamber of Commerce Business of the Month.

Speaking of real estate, she said many new houses are being built, particularly in Colonial Estates on FM 1442 and in Orangefield. Elevations requirements for new constructions were changed, especially since Hurricane and Tropical Storm Harvey. Existing structures are grandfathered in and won't have to elevate. Moreover, drainage work by the city and Orange County is ongoing to prevent flooding. 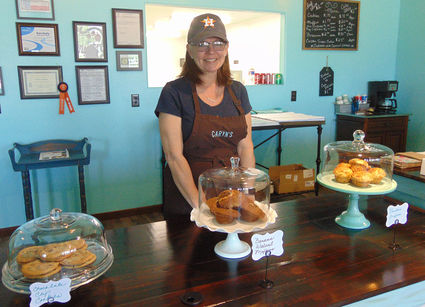