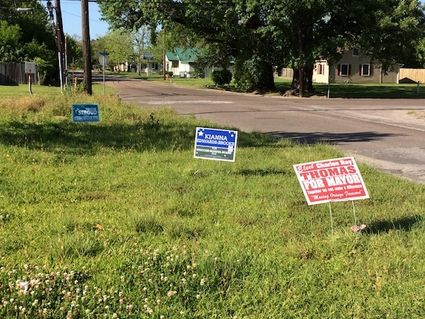 Find the cost of freedom.

Orange County and its cities, schools and navigation district are spending close to $500,000 this fiscal year on elections that only 9 percent of registered voters participate in.

Orange County taxpayers are paying an average of $18 for each vote that’s been cast since last September.

These numbers come from a look at voter turnout and budgeted (expected) election expenses for each of the Orange County entities putting on elections in the 2018 fiscal year.

Budget years for schools begin in September. For cities and counties, they start in October.

That dollar per vote figure should go down a bit as there is one more election to be totaled in the county this year. But turnout is expected to be light for the Tuesday, May 22 Democratic Primary run-off election.

Choosing between Lupe Valdez and Andrew White as the party’s nominee for governor is the only issue on the Orange County ballot and Democrat voters are an endangered species here.

Only 1,218 of Orange’s 53,019 registered voters (2 percent) made it to the polls for the Democratic primary March 6 and of those only 485 Democrats voted for one of the three candidates for governor.

The Republican primary that day drew 7,895 voters or 15 percent of OC registered voters.

Anyone who didn’t vote in the Republican primary can vote in Tuesday’s election, or vote early through Friday.

Through the first two days of early voting, only 10 people voted in person.

However, Tina Barrow, the County Elections Administrator, did show 297 mail-in ballots received from over-65 and non-ambulatory voters.

For this election, early voting is being held in four locations and election day voting will be in the same spots, with the county’s 34 Democratic precincts combined in four spots.

“There’s no sense in spending $20,000 on election judges when most people aren’t voting,” Barrow said.

Almost all Precinct 2 voters will vote at the Mauriceville Fire Department, with the only difference being those in voting box 29 will vote at Gould Center in Vidor.

Barrow told Commissioners’ Court Tuesday that the adjustment would save the county at least $13,000 by cutting down on election judges on election day.

“That’s quite a bit of savings,” she said.

Orange County’s election budget dwarfs all others with Barrow overseeing a year-round Election Administration office and a full-time staff mandated by the state and offering a variety of election services to the smaller governments.

But poor turnout is a problem throughout the county, along with getting candidates to run for office.

Four jurisdictions – the cities of West Orange and Pinehurst, Little Cypress-Mauriceville CISD and Vidor ISD – canceled their elections because no candidates drew opposition. A fifth, Orangefield ISD, schedules its elections every other November with none in this budget year.

Seven local governments held elections in early May and five of them saw fewer than 10 percent of voters show up.

City secretary Theresa Van Meter said the city spent $3,182 of the $4,000 it budgeted for the election.

“You always try to make excuses [for poor turnout], like we just went through a county race,” said Vidor Mayor Robert Viator, who won a 2019 Orange County Commissioners seat in that March 6 primary. “I don’t know if that plays a factor, but there’s more money spent for advertising on those [county races].”

Viator said the best turnout he’s seen in Vidor was 3,400 who voted in an election that sanctioned the sale of beer and wine in the city.

Because most jurisdictions were still totaling their expenses from the May 6 local election, this survey only asked for the amounts budgeted, or anticipated, last summer when budgets were finalized.

Many cities and schools will end up spending less, some maybe more. Only Bridge City ISD’s budget was not made available for this survey.

Orange County budgeted $355,000 for election administration in 2018 and Barrow requested and received another $40,000 after a hospital district election was called. 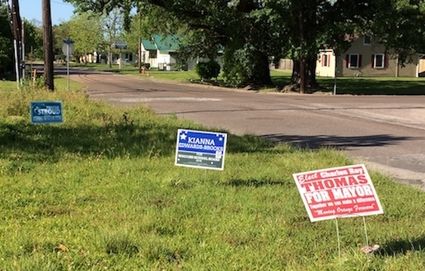 The cost per vote this year in those county-wide elections is $21.47.