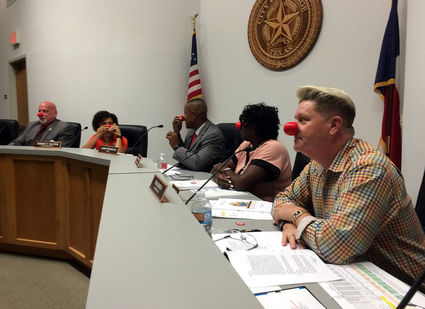 Orange City Council voted 4-2 against a resolution allowing city council members to travel out of state on the citizens’ dime.

Council member Annette Pernell put forth the resolution to have such travel reimbursed by the city.

Pernell argued that council members needed to travel outside Texas to see how other like-sized cities were handling the type of issues Orange council deals with. She mentioned the National League of Cities meetings as an option.

“I have logged over 80 hours of training with the Texas Municipal League,” Pernell said. “Texas is an amazing place … I’m asking we broaden our horizons.”

“We need to be good stewards of the taxpayers’ money,” he said. “All the training we need is here in Texas. We don’t need to be flying out of state.”

In other action, council appointed Salter to the city’s Economic Development Corporation to fill an unexpired term ending Sept. 30 and OK’d a $175,000 EDC incentive for infrastructure improvements for First State Bank.

It rezoned about a dozen lots near the intersection of S. 16th St. and Interstate 10 from commercial-special use to mixed use and it adopted an amended 2017-18 budget.

The updated budget shows revenues up about $3.8 million and expenses up about $4.7 million over the numbers projected in October of last year. That’s an overall increase of $864,000 to the 17-18 budget.

The budget includes a $3.4 million increase in expenses that went to replace lift stations and other sewer infrastructure wrecked by Tropical Storm Harvey. There is an offsetting $3.4 million listed in revenues but that’s money expected to be reimbursed by FEMA that hasn’t come back to the city yet.

Shawn Oubre, city manager, told council that while the city had applied for “all the reimbursements we extended money for during Harvey, we haven’t received any checks back.

“Speaking to other cities, nobody has been reimbursed.

“What has me worried is the fact June 1 starts another hurricane season. Hopefully, we’ll be reimbursed soon, because if we have another storm, I don’t know how we’ll pay for it.”

The city will hold a special called meeting Thursday, May 31 at 9 a.m. at the library meeting room to look again at borrowing $5 million to $7 million in new bonds of indebtedness to fund “quality of life” projects.