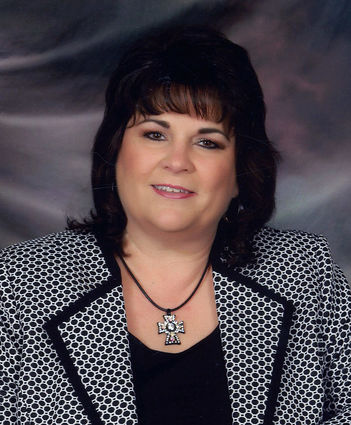 Photo: Stacey Brister, named as lone finalist for the job of LCMCISD superintendent on May 24, is a veteran of three decades in the district.

The Little Cypress-Mauriceville school district didn’t have to look far for its next superintendent.

And Stacey Brister, named late last week as the lone finalist to replace retiring superintendent Pauline Hargrove, won’t have to go far for help with the transition.

As Brister, who has spent her entire 31-year career with LCMCISD, moves up from her current job as director of secondary curriculum and instruction, Hargrove will work with her.

On July 1, Brister will begin the job of Superintendent-Elect with Hargrove staying on through next January, when Brister becomes Superintendent.

“Dr. Hargrove will be continuing in the district through January 2019,” explained Brister, a Deweyville High School graduate.

“She will help me train in the areas needed for my superintendency, whether it’s communication, student success, everything in between.

“We will be working side by side for about six months.”

Brister, married 33 years to husband Larry, has no biological children. “But I have a lot I consider my own,” she said.

She began her career as a teacher at Mauriceville Middle School and, after 14 years in the classroom, became principal and assistant principal there.

In all, she has worked 17 years as an LCMCISD administrator.

Hargrove, a veteran of 44 years – and counting – with LCMCISD said she had planned to retire last January but stayed on to lead the district through Hurricane Harvey recovery.

“She is an inspiration to LCM,” Brister said. “It will be a difficult task to attempt to fill her shoes.”

Brister said she was “honored and blessed” to be named as Hargrove’s replacement.

“I love this district and its kids, and the community.

“Dr. Hargrove is a great mentor. She has been for many, many years and continues to lead this district.