New WO judge a familiar face

The former Orange County judge was appointed as a municipal court judge for the city of West Orange at their regular meeting Monday night. He officially and immediately resigned his city council seat as per city policy.

Thibodeaux had less than a year to serve out his term. The city council will make recommendations for who will serve as his replacement.

"I enjoyed serving on the council. I started as a council member here," he said. "Being a municipal judge is something I've always wanted to do. We had a great judge here who unfortunately passed away."

In other city business, the council approved repealing and replacing an ordinance for the cleaning of any building or premises of filth, carrion or other impure and unwholesome matter requiring the owners or occupants to keep their lots and adjacent ditches, rights-of-ways, etc. free from weeds, rubbish, brush and other unsightly or unsanitary matter. The ordinance reads it is to protect the public health and promote the public welfare of the city.

Notice will be given to owners of the premises in case of failure to make the lots or premised sanitary and sightly and providing a penalty for violations. 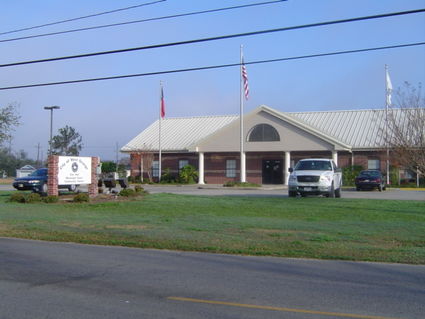 City manager Mike Stelly announced $1 million is available from the South East Texas Regional Planning Commission for a buyout program for storm damaged houses. Their website is http://www.setrpc.org. The houses will be bought at post storm value. Applicants must respond by Friday.

Moreover, a public hearing was held for the city's submission to the Texas Department of Agriculture for a $350,000 Texas Community Block Grant Program grant. The grant will allow citizens to discuss the citizen participation plan, the development of local housing and community development needs, the amount of TxCDBG funding available, eligible TxCDBG activities and the use of past TxCDBG grants.

Mayor Roy McDonald said there are many things they will apply for such as houses needs and streets that flooded. Stelly added bridge work will be eligible.