Detectives observed a white in color 2002 Ford F250 change lanes without first signaling its intent. The subject vehicle was then observed to travel in and out of its lane of traffic on several occasions.

A traffic stop was initiated on the vehicle as it exited Interstate 10 at the 1442 exit.

The vehicle came to a stop and the driver of the vehicle immediately exited the subject vehicle. The driver was identified as Derek Todd Williams, a 48 year old resident of Vidor.

A check of the driver revealed four City of Vidor Warrants for his arrest. 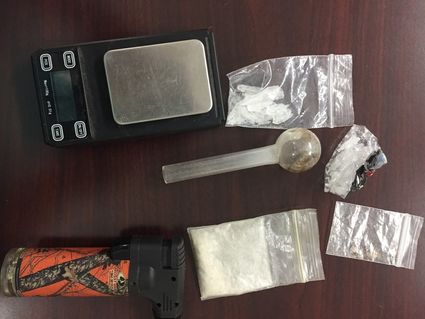 The passenger was identified as 18 year old Bryan Michl and was found to have two City of Vidor warrants.

A search of the vehicle revealed an amount of crystal methamphetamine on both the driver’s seat and the passenger’s seat with a total weight in excess of ten grams, a second degree felony.

Both subjects were arrested on the warrants and charged with Possession of a controlled substance greater than four grams but less than 200 grams.

Williams and Michl will have bonds set on the possession charges during today’s arraignments.