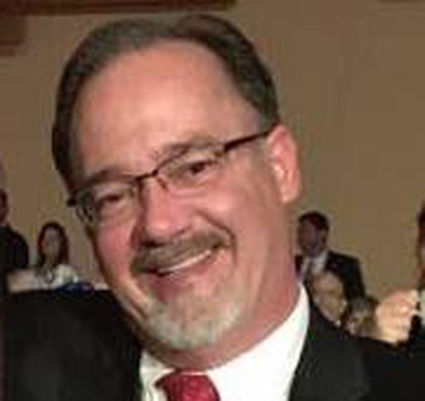 That position has been in the hands of John Kimbrough since 1993.

Kimbrough has not formally announced plans to retire at the end of his current term, which ends nearly 2-1/2 years from now, Dec. 31, 2020.

Smith, who has worked for Kimbrough more than 20 years (since 1998), said Monday night he wants to be prepared, just in case.

“He hasn’t officially said it,” Smith said, referring to a retirement announcement by Kimbrough.

“We’ve had some discussions and I think he’s thinking about it, and I think that if he doesn’t run, I certainly will.”

A Port Arthur native, Smith now lives in Bridge City with his wife, Cristy, and has four daughters, three of whom have graduated from Bridge City High School.

He named Cristy as his campaign treasurer and filed that paperwork, which is required before fundraising can commence, Monday with the Orange County Elections Administration Office.

Orange County is one of 31 in Texas in which the county attorney and district attorney are one and the same.

The next election in Orange County will be Nov. 6, 2018, when 12 county elected offices will be listed on the ballot – though only two races have Democrat candidates entered.

Kimbrough was elected for his seventh four-year term in 2016, running unopposed. It is very rare that a sitting judge or DA draws a re-election challenge.

The deadline for candidates to file for the 2020 party primary ballots is not until December, 2019, with the party primaries being held in March, 2020. The next general election is set for the first Tuesday in November, 2020.

“You want to get out there early and let everybody know if it’s going to happen,” Smith said.

The attorney’s resume includes a Bachelor of Arts degree from Brigham Young University and a Doctor of Jurisprudence from South Texas College of Law.

Smith worked in private practice in Bridge City a couple years before hiring on with the county.

“When I started out I was just going to do the DA’s office for a little trial experience,” Smith recalled. “Then I was going to go out and do my own thing, make tons and tons of money.”

But working the job adjusted his priorities.

“You’re doing something that tremendously benefits the community, for making it a safer place,” Smith said. “You have to have good people in those positions, because they have so much power over people’s law.

“You have to follow the law, but you also have to do the right thing to see justice done. Justice can sometime mean dismissing a case, because it isn’t always there.”

Smith gives a lot of credit to Kimbrough for preparing him to take over.

“I’ve been there and I’ve learned so much from John,” he said.

“If he doesn’t run, then I certainly want to continue doing things the right way, continue in the work that he’s already started.”