Narcotics Investigators observed a silver Dodge mini-van pulled up to a fueling station with a white fames and a white male occupying the vehicle.

Investigators approached the vehicles and identified the substance as methamphetamine. 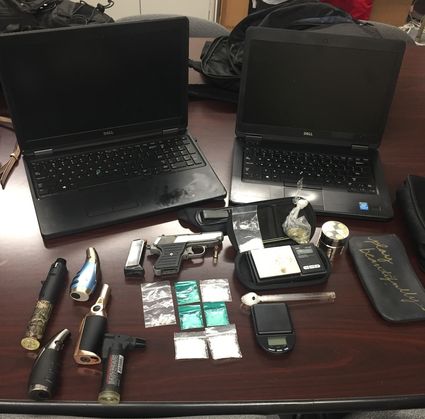 A search of the van was conducted and investigators located approximately 20 grams of methamphetamine in the van along with a semi-automatic pistol.

The driver of the van and the male passenger were arrested for possession of a controlled substance Penalty Group 1 Felony 2.

The white male passenger was identified as Todd Russell Alford II and was found to be a felon and was charged with Unlawful Possession of a firearm by a Convicted Felon F3.

The white female driver of the van was identified as Juliana Elaine Lourde a Beaumont resident and was also charged with Unlawful Carrying a Weapon on a Licensed Premises F3.