A pillar in the city of Orange was honored for her many years of public service and the contributions she made to the city.

Councilwoman Annette Pernell sponsored the renaming of the building. She said at the regular meeting of the Orange City Council on Tuesday night she was doing this because everyone loves Bellfield.

She added that she's always been told not to name a building after someone who is still alive, but Pernell said if someone gave her a rose, she would want to be alive to enjoy it.

"She was paving the way for me to sit here. It's an honor for someone like me who never thought we could have this. I'm glad we have the opportunity," she said of the civil rights pioneer.

Councilman Brad Childs said he found the $2 bill two weeks ago Bellfield gave him. He said she gives those for people to remember her by.

It was announced Bellfield's daughter was visiting her from Fort Worth and she could not attend the city council meeting.

Bellfield was born in 1932 in Pittsburgh, Pennsylvania, where her father was a lumberjack, and her grandfather a railroad worker and sometimes circus performer for Ringling Brothers, before Barnum bought in, according to a prior Record article.

She went to high school in Jennings, Louisiana and college at Southern University in Baton Rouge.

Her mother came to Orange to work as a live-in cook in one of the city’s top neighborhoods after World War II. When Bellfield came to visit her mother during summer vacations from school, rooming was arranged by other civic leaders. She recalls living in the homes of at least three judges.

She says she began her working career in 1951 as an elevator operator for a Galveston hospital and made it into administration there before moving back to Orange.

She worked as an executive in the housekeeping department at UTMB in Galveston and at Orange Memorial Hospital.

Besides eight years at the Galveston hospital and 25 at Orange’s, Bellfield found time to work in downtown Orange at the Peppermint Parlor, an ice cream shop run by her mother in the 1960s.

Among her highlights in Orange government were the building of a children’s playground at Lions Park and oversaw the construction of a fire station on MLK.

Recently, she has been behind fencing around Sunset Park to make it more safe for children. One of her pet projects is getting more street lights on MacArthur Drive.

A member of the Salem United Methodist Church for six decades, Bellfield plans to stay busy.

After her most recent birthday this spring, Bellfield didn't know if she was the oldest NAACP member in Southeast Texas or one of the oldest in the state, but she reckoned she was being a member of the organization for 66 years. She became interested in civil rights when she was living in Galveston. She brought her two young daughters to a public park at 22nd and Church Streets. A white man told her, "We don't want no n****** here."

Bellfield replied it was a municipal park, which means city, which meant herself and her daughters. She also became involved in politics at that time.

In other city council business, City Manager Shawn Oubre, said the deadline for debris pickup from the Federal Emergency Management Agency is Aug. 17. Oubre estimates that will be enough time for one more pass through the city and then they would have to go back to debris removal by contractors.

Pernell and Councilman Paul Burch said there is much debris, including mattresses, accumulating on 16th Street. Oubre said the mattresses aren't available for pickup by FEMA and it would have to be picked up by the next available route.

A contract was awarded for Cooper's Gully concrete lining to Excavation & Construction of Port Arthur for $2,853,777.

Jim Wolf, public works director, said bids were taken on July 11. He said he started working on this project in 2012.

Mello said Wolf has worked hard on this and he's "been a bulldog."

"This project wouldn't had happened without him," Mello said.

The concrete lining will start near the animal control station on Simmons Drive and continue to an old basketball court in Navy Park. If future funding comes through, the lining will continue from there to 16th Street as part of Phase 3 of the project.

Mayor Larry Spears Jr. read two proclamations to declare Michael Christian Gobert Day in the city on July 29 and National Day of the Cowboy for July 28.

Gobert died after accidentally shooting himself at a party, according to a report from KTRK-TV Houstonlink.

He was at a party Saturday, March 24, when the accident occurred, police told the Houston station. He was reportedly on the phone while holding the gun when it accidentally discharged, shooting him in the head.

Gobert graduated West Orange-Stark High School in 2017. He was a freshman at Texas Southern University, majoring in computer science.

He played football and excelled at baseball.

"Michael loved to look nice and he had a taste for the finer things and the sky was the limit. He always expressed his love for his family and friends, and if he cared about you, he truly cared about you and he would do anything for you," the proclamation read. 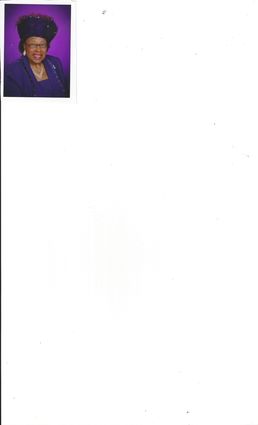 The second proclamation was about citizens of Orange who participated in cowboy culture through ranching, cattle raising, trail rides, rodeos, western art, and other aspects of western heritage. The region around Orange, Texas, has historic associations with cattle drives before the Civil War from South Texas to markets in New Orleans.

"The Stark museum of Art, under the auspices of the Nelda C. and H.J. Lutcher Stark Foundation, celebrates cowboy culture and highlights the roles of diverse participants in western history through two outstanding exhibitions, Portraits from Cowboys of Color: Photographs by Don Russell and Cowboy Legends and Life," it read.