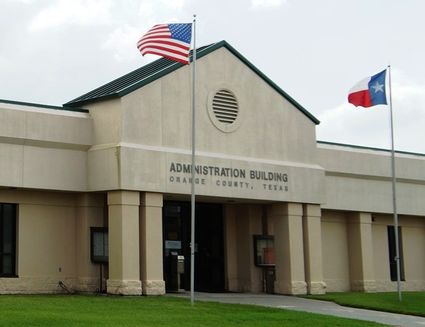 Total taxable values, the base for the operation of most government entities, dropped 6.4 percent in Orange County in 2018.

This comes on the heels of 86 percent of the county’s homes being damaged by Tropical Storm Harvey in August 2017 and was not a surprise for most of those charged with making budgets for 2019.

The decrease in values means most taxing entities will not have as much tax money to build their budgets around, unless they raise their tax rates.

For the County of Orange, that means getting by without more than $1 million of the $31 million incorporated into the last fiscal year’s budget.

“This budget is going to be so tight,” Commissioner Johnny Trahan said during a staff budget workshop Monday.

“Human nature tells us to take care of our own,” Commissioner John Gothia said, “but our own is the entire county.”

The values provided by OCAD do not exactly predict those that will be assessed or collected for taxes because they do not include reductions such as homestead exemptions and over-65 freezes.

But just adding the new values to last year’s tax rate in each entity shows some head scratching is in order for government leaders.

The City of Pine Forest, hit hard by Harvey and, unlike its neighbor Rose City, having no industry, saw its value fall 24 percent in 2018. Total value in Rose City dropped just 5 percent, according to the OCAD information.

Pinehurst values fell 11 percent while values in the City of West Orange dropped only 3 percent.

Bridge City ISD had the biggest drop in values among area school districts, 7.4 percent, while Little Cypress-Mauriceville was down 3.0 percent, same as Orangefield, with West Orange-Cove down 2.0 percent.

Other than the City of Orange and county-wide districts, WO-C had the greatest drop in absolute values, $97.7 million. But WO-C, one of the state’s property-rich school districts, has a 2018 total value of $1.8 billion, $800 million more than the county’s biggest city, Orange.

Five of the 22 entities saw slight increases, led by Vidor ISD with $19 million value added for an increase of 1.8 percent.

The Orange County Drainage District and Navigation and Port District each had a 1.3 percent boost in values, Fire District 3 had a 1 percent increase and Emergency Services District 2 was up 0.3 percent.