BC city secretary calling it a career 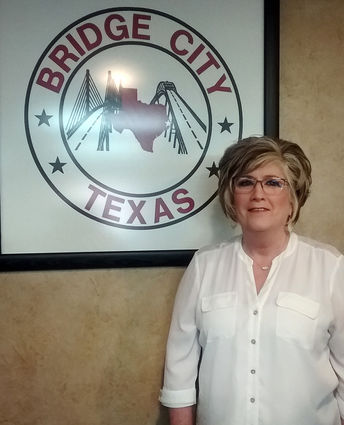 Sherry Tisdale has been the city secretary for the city of Bridge City since 2003. She said it is good she served in other departments to learn before she became city secretary. She looks at the city staff as a second family.

In that time period there has been only four city secretaries. The current city secretary since 2003, Sherry Tisdale, said she will be stepping down in October after serving under several mayors and council members and doing recovery work after a few hurricanes.

"I work directly for the city council. I have seven bosses," she joked. "The most repetitive thing I do is the agenda and the minutes."

Another aspect of the job that increased since Tisdale started is processing public information requests.

"Public information requests have grown. They come to me and it then goes to the department heads. I give them a date it needs to be back. It's not hard, it's just time consuming," she said.

Some of the more popular topics for public information requests concern police information, personnel matters, and companies contacting her about particular items. She also writes specific legal notices, such as the positing of public hearings, to post in the newspaper. Additionally, meeting minutes must be posted within 72 hours by state law.

Other city secretary responsibilities include:

Since elections only come around every once in a while, many city secretaries don't have much experience running them at the beginning. Fortunately, there's help out there. The Texas Municipal Clerks hosts an election school in January that "helps tremendously," she said. Tisdale can also email the TMC or other city secretaries, whether locally or statewide, with questions.

Tisdale has a two-year degree from Lamar University in office administration. She started working for the city part-time in 1984. Prior to that she worked at Texaco Refinery in Port Arthur. In 1987, she started working more than 40 hours a week in utilities billing after the city took over the water district in 1986.

Tisdale, furthermore, is no newcomer to Bridge City. Her parents had deep roots in Bridge City and in Orangefield and they also were involved in public service. Her mother was also the city secretary and her father served on the Bridge City ISD Board of Trustees. Her mother was also the secretary for the Bridge City Chamber of Commerce. The Chamber didn't have a building yet and her mother placed a typewriter on the dining room table for Chamber work. Additionally, the Chamber's phone number was their home number.

"When (current city manager) Jerry (Jones) came on board as the public works director, we did a lot of digging into the code of ordinances," she said. "I enjoyed working for the city. The employees are like family. I served under some good mayors and good councils."

After she retires, Tisdale and her husband are in the middle of building a house. She also wants to be "Nanna" to her grandchildren and just do what she wants to do.

The city will soon begin the search for another city secretary.