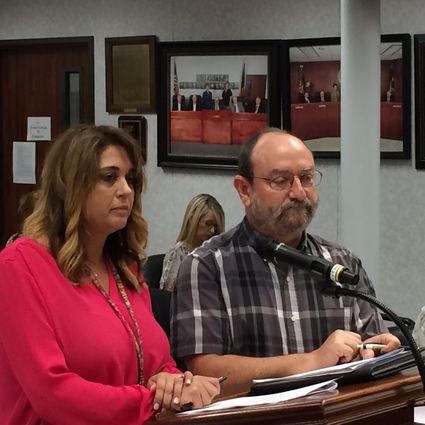 The new county judge and two outgoing commissioners clashed over how to take out the trash at Tuesday’s Commissioners’ Court.

The final vote was 3-1, with Precinct 4 Commissioner Jody Crump against, to discharge the current janitorial contractors and to hire four $10 per hour full-time employees and a single part-timer to replace them.

Ramming the vote through over the objections of Crump, Maintenance Director Kurt Guidry, and sometimes, Precinct 2 Commissioner Barry Burton, Judge Dean Crooks succeeded in reversing a change made by his predecessor, Brint Carlton.

Guidry reminded the court that the county had a seven-person housekeeping staff when the county decided to outsource the labor. He asked why, if the county was unhappy with the job being done by the contractor’s four-person crew, did it expect four county employees to do a satisfactory job.

Crump asked if the county could find a contractor that would provide a better crew.

According to Tuesday’s comments, the county is paying $140,000 a year to outsource the cleaning of its dozen or so buildings and will pay at least $200,000 a year to hire new employees and provide them with county benefits.

And that $200,000 does not include the cost of cleaning supplies or transportation to the outlying county offices.

“What really is a selling point to have our own people is they can help us out during a disaster cleaning, or if we write the job description to include whatever assigned duties, they can hand out water,” Crooks said.

“It’s worth it to me to have that extra flexibility.”

The new employees will be placed under the maintenance department, which worries Guidry.

“You want to downsize the staff, then the burden is going to fall on maintenance, and I don’t want the burden,” he said.

Burton said the county needed four full-time people just to keep the courthouse, the administration and sheriff’s offices clean. He advocated hiring full-time employees to clean the buildings in downtown, then outsource the remote offices.

“My concern is creep,” Burton said. “You’ve heard of mission creep; this is employee creep.

“You start with three and go to four, five and six. We end up paying a half-million dollars for this and still getting complaints.”

Another long discussion followed about the wellness incentive program.

Originally, county employees and their spouses had been required to have an annual physical, and, if they smoked, take part in a smoking cessation plan or have $20 per month deducted from their paycheck. The penalties were supposed to start with the next fiscal year, in October.

Assistant County Attorney Denise Gremillion said a recent court ruling had declared it wrong for counties to deduct for those.

The commissioners voted unanimously to eliminate the penalties for the 2019 fiscal year and work to come up with positive employment incentives for 2020. 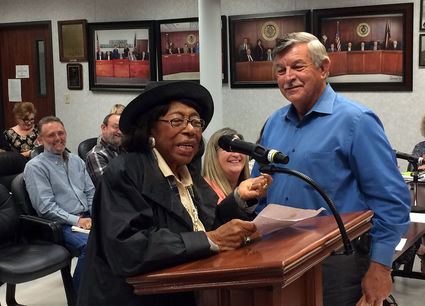 “Employees have no incentive [to cut their premiums via wellness programs], because they pay nothing for insurance,” Gothia said.

In other business Tuesday, the county set up a $10.3 million special fund to deposit a check for $9.3 million from FEMA for debris removal, paid $321,000 in bills and sent the state $216,000 for quarterly license and registration fees.

Also agreed to was a payment of $73,000 for new voting machines, a number of inter-departmental line-item transfers, the renewal of an agreement with Diamond Drugs for bulk prescription drugs and a new employee vision plan, switching to a plan offered by the Texas Association of Counties.