The recipe column called "Payne's Pantry" will now be a part of this publication, written by Anne Payne. Payne says she is just a simple home cook, never having been trained professionally. She claims she learned a lot by watching her grandmother, aunts, and mother-in-law in the kitchen.

Payne is a retired teacher and counselor, and she is a native of Oklahoma. She and her Texan husband, David, have two grown sons, one daughter-in-law, and their first grandchild, a grand-daughter, due within days. The other son and his girlfriend plan to marry in about a year in New York. Payne's passions in life are trying to lead a spiritual life, writing, and loving animals.

Happy Summer, Everyone! Nothing says summer better than a colorful green pea salad, this one invented by my friend, Lois Ferrell and her late mother, Hilda Simmons. I even had an Aunt Hilda, the late Hilda Hardy Lang, a fashion model years ago in California, one of my dad's many sisters. By the way, my late father and the late dad of my friend, Lois, both shared the same first name, Herbert. Quite a coincidence with the names of Hilda and Herbert, right?

Foil or plastic to cover bowl 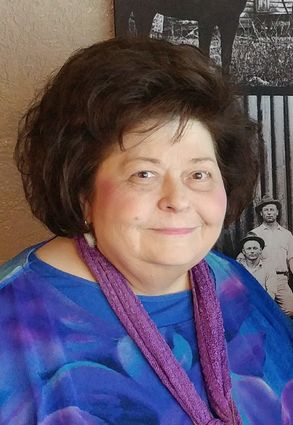 Chill all ingredients for minimum of 2 hours. Drain peas and olives well in colander. Then, pour into large bowl. Dice tomatoes and pickles, adding to bowl. Cut cheese cubes in half in length, width, and height to make 8 small cubes from each long cube. Shake the salad dressing well and add it with the cheese cubes to the salad. Stir well. Add seasonings to taste, sampling as you go along so dish is not over-seasoned. Cover and chill several hours.

You may need to add or reduce ingredients, according to the number of guests being served. Enjoy. Kudos to Lois Ferrell for sharing in my column, Payne's Pantry.