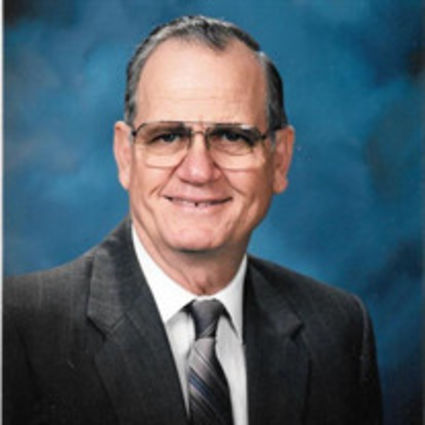 Bill Edd Dixon, Sr. of Orange, Texas, passed away on August 6, 2018, at his home surrounded by friends and family.

Born in Rosston, Arkansas on September 7, 1932, he was the son of Willie Dixon and Eunice Lowry Dixon.

He proudly served his country in the United States Air Force during the Korean War.

He was stationed at Elmendorf Airforce Base in Anchorage, Alaska where he was a loadmaster of C-124 Globemaster cargo planes.

Upon leaving the Air Force, Bill Edd married the love of his life, Glenda Loe, and moved to Orange, Texas.

Bill began working at Spencer Chemical Company in 1955 which became Gulf Oil Chemical and he retired from Chevron Chemical in 1991.

Bill was a deacon at McDonald Memorial Baptist Church.

He served on the Orange County Drainage District from 1977-2014.

He was greatly honored when the Drainage District boardroom was named for him in 2014.

He loved his family dearly and everyone knew he loved his Arkansas Razorbacks! He will be greatly missed by all who knew and loved him.

He was preceded in death by his parents, Willie Dixon and Eunice Dixon; Sisters Estalene Martin and Shirley Dixon; and daughter-in-law Susan Dixon.

Bill Edd’s family would like to extend a special thank you to his personal caretakers, Rose Phillips, Tanya Rhodes, Barbara Johnson, and Cris Anderson for all of their love and compassion. A special thank you to the entire staff of Kindred Hospice and the Veteran’s Administration office in Beaumont.

In lieu of flowers, the family requests that memorials be directed to a memorial fund at McDonald Memorial Baptist Church, 104 Broad St., Orange, Texas 77630.