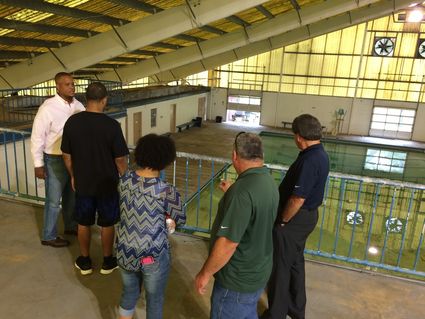 The indoor swimming pool that has been a summertime refuge for the city’s youth for nearly 40 years has apparently heard its last Marco, Polo.

Spears offered his proposal – one which he hopes to pay for with city bonds -- after Public Works Director Jim Wolf led a Thursday afternoon city council tour of the shuttered Natatorium which is long past its glory days.

Moments later, council members were unanimous in telling City Manager Shawn Oubre they wanted to cut $155,000 of spending for pool maintenance and operations from the Fiscal Year 2019 city budget.

“This is just a contingency,” Spears said. “We’re looking into doing something else with it.”

These actions took place during the council’s third budget workshop this week. No binding votes were taken during the workshops and the budget and tax rate will not be finalized until mid-September.

Public hearings will be held before the final votes.

The budget workshops are seeking ways to pare expenses from the first draft of the budget submitted to council by Oubre on Monday.

Because the city’s taxable value is down about 9 percent a year after Tropical Storm Harvey, tax revenue was expected to drop about $600,000 if tax rates didn’t change.

Oubre countered with a $21.2 million proposed general fund budget that hikes the tax rate 5.1 cents per $100 value to cover the property tax shortfall. But, because of insurance and other cost increases, the general fund budget still had a $977,000 deficit.

Thursday’s whittling, which included granting the police department only three of the four vehicles on its wish list, trimmed that deficit to $782,000.

The Natatorium has been closed two of the past three summers because of a shortage of lifeguards. Besides re-caulking and repainting the pool and walls, major expenses such as replacement of its plumbing, pumps and heater would be needed in coming years, Wolf and Oubre said.

The council members indicated they wanted to “mothball” the facility for now. Oubre promised no demolition without the council’s say-so.

Spears, while saying he recalled plenty of good times at the Natatorium, proposed the city repurpose the building at 1405 W. Orange Ave. as a recreation center that can host basketball and volleyball leagues or tournaments.

He wants to keep the outer structure and bathrooms but replace the upkeep-intensive pool with sports courts.

He mentioned it could also be used to stage first responders for future disasters, like a hurricane.

Spears made it clear he didn’t want to spend money in the 2019 budget on the project, but suggested the city can pay for it with some of the $8 million of bonds council has earmarked for road repairs and “quality of life” projects.

In talks during workshops earlier this year, a baseball/softball complex that would have cost between $8 and $12 million was deemed less needed that road repairs and a pavilion at the Orange Boat Ramp.

Also Tuesday, councilman Patrick Pullen’s suggestion to add a second code enforcement officer to help clean up the city was rejected. Oubre said it would cost between $68,000 and $111,000, depending on training and seniority. 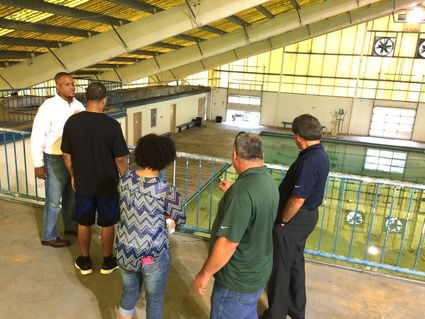 Local organizations have partnered with the city for a monthly cleaning iniative on the second Saturday of each month, each time at a different location.

The next Keep Orange Clean event will be held from 8 a.m. to 9 a.m. Saturday, Aug. 11, beginning at Cordrey and 16th Street.