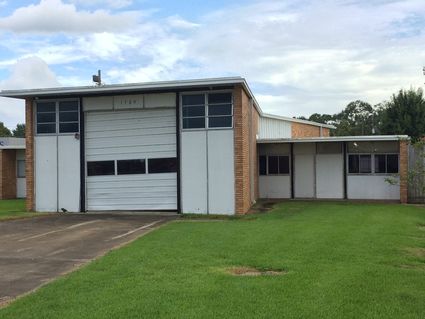 Photo: The city of Orange is taking steps to sell the old fire station on MacArthur Drive, next to Lions City Park. The structure has spent the last two decades either repurposed or empty. RECORD Photo: Dave Rogers

The City of Orange took the first step Tuesday toward selling the former fire station on MacArthur Drive.

The Planning and Zoning Commission voted to declare the structure and half-acre of land between Lions City Park and Sabine River Ford as surplus property.

With city council’s approval, the old fire station could be put up for bids, according to Shawn Oubre, Orange city manager.

“They rebuilt that fire station on MLK, which made that one obsolete,” Oubre said.

“I understand they tried to sell it before I came and either there weren’t any takers or there wasn’t a bid of any size.”

Oubre said the building has been used in recent years to house equipment and as office space for Parks Department employees.

“The City took Parks out of the old Thomen Center and put them there,” Oubre said. “But since it flooded twice, we put them at the Armory because we have the storage and office space there.

“So instead of making repairs [on the old fire station], after council approved the relocation of Parks out to the Armory, then we wanted to get the permission of the Planning and Zoning to consider sealed bids on selling the property.

“We’ll let council make that consideration at a later date.”

City council meets the second and fourth Tuesday of each month. Next week’s meeting agenda has not been set.