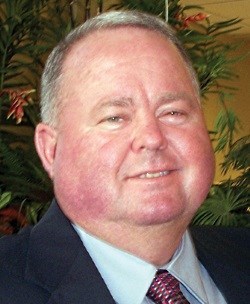 Constable David Cagle may had not been too boisterous, but his actions spoke louder than words to those who knew him.

Cagle, 57, of Mauriceville, died on September 16, in Beaumont, according to his obituary.

Funeral services will be held at 11 a.m., Thursday, September 20, at North Orange Baptist Church in Orange with the Rev. Kevin Brown officiating. Burial will follow the service at Hillcrest Memorial Gardens in Orange.

Visitation will be from 5 to 8 p.m., Wednesday, September 19, at First Baptist Church in Mauriceville.

Keith Merritt, Orange County sheriff, said he knew Cagle for 30 years and their paths would cross in law enforcement work.

"He was a great asset for Orange County," Merritt said. "He was very accessible to the people. He would go out day and night. He was a true public servant."

Lt. Joey Hargrave, with the OCSO, knew Cagle since they were both 8 years old, growing up in Bridge City. He said they played Little League baseball on different teams and competed in other sports and went to school together. Though both are in law enforcement, they served in different agencies and never worked together. Cagle had left the BCPD when Hargrave started working there in 1984.

"He was very personable, he was very intelligent," Hargrave said. "He was laid back and he never met a stranger. He could make friends with everyone. He was funny too; he would keep you in stitches and he was a heck of a nice guy. I'm going to miss him."

Derry Dunn is Precinct 2 justice of the peace for Orange County. He worked in the same building with Cagle for a little more than six years when he served as constable.

"He was a good people-person," he said. "David was good at mediating warring parities like dogs getting out or someone saying a street ran on their property line. He did a good job of taking care of his constable duties.

"He stabilized the constable position. He was the fourth one I had to work with and I could count on him."

Dunn spoke with County Judge Dean Crooks who said he and the county commissioners court will speak to the deputy constables and "get some other names out" to appoint someone to fill Cagle's position by the end of the year.

"It's a sad and tragic situation. I feel sorry for his wife and family," he said. "Part of my job is to deal with deaths, but it's tougher when it's someone you know."

Cagle was working outside at his home in Mauriceville when he was found by a family member, according to reports. He was transported to a Beaumont hospital where he died of an apparent heart attack.

He has been constable since 2012. He won re-election in 2016, defeating challenger Jeremiah Gunter.

Cagle is survived by his wife Kathy and five children. His brothers Tim and Steve are also in law enforcement. Steve works for the BCPD.

Donna Scales met Cagle through the Lunch Bunch that meets on Wednesdays.

She said he didn't speak too much. Instead, he would listen to others and laugh.

"He would get so tickled that he would get tears in his eyes. But you always knew he was there," Scales said.

One particular humorous story Cagle enjoyed hearing over and over again was a confrontation Scales had on an airliner with a difficult fellow passenger.

"He would say, 'Tell me that story one more time. Is it really true?'" she said. "He even brought his wife and brother in law to hear the story. I told him he heard it so many times he could tell it himself.

"He was quiet, but he walked with a big, old stick." 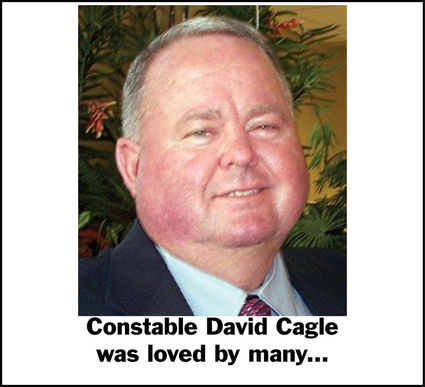