Influx of mosquitoes keep people inside 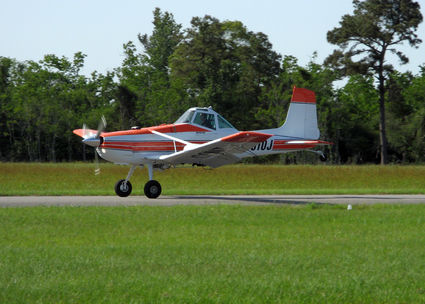 Patrick Beebe with the Orange County Mosquito Control said they have been busy the past two weeks treating for mosquitoes on the ground and by air. He recommended staying inside to avoid the mosquitoes.

Lately, if you've been outside you've noticed mosquitoes have been biting 24/7.

Patrick Beebe, director of Orange County Mosquito Control, said there has been a spike in mosquito activity due to a combination of high tides and high rainfall since Labor Day. Also, there is standing water throughout the county and mosquitoes are hatching eggs in the excess water.

Beebe said the surveys reveal the number of salt marsh and rice field mosquitoes have increased. Fortunately, this species does not carry West Nile Virus, St. Louis Encephalitis or Zika virus. Instead, these mosquitoes are a nuisance day and night.

"They're aggressive biters," he said. "Most mosquitoes here are nocturnal. The grass is growing like crazy since the rain. People are out doing yard work and they'll be in the grass. If you disturb the grass they will attack you. They also like the shade of a tree canopy."

The mosquito control district has been receiving "a good number of calls" about the mosquitoes. Beebe said they live here too and they're aware of the problem.

These mosquitoes were first discovered in the south county marshes, rivers and waterways. Now, they have broken out and they have become a countywide problem.

"We're treating them with everything we've got — aerial and ground treatment," he said. On the ground, we've treated 57 areas from September 4 through September 17 and we've covered 46,000 acres. Aerial, we've treated 27 areas and 70,100 acres."

Weather issues, however, have been hampering efforts and some treatments had to be canceled. Treatments are then pushed for the next day or the following day. Or crews will treat areas that aren't raining for Plan B.

"We adjust our schedules accordingly," he said. "We can treat and there will be reinfestation the next day. There are very high numbers."

Beebe said it's a little early in the season to see this kind of mosquito activity. It usually increases in October or the beginning of fall. That's when the area has fronts roll in that push the water out. Wind will come out of the north then turn around and come from the south. Low lying areas will fill up with water.

"This is not a good time to be outside. Don't go outside if you don't have to," Beebe said. "Use repellents. You can use protective clothing, but it's so hot now I would rather dress in shorts and short sleeved shirts and use repellents.

"We will get things under control. We're seeing some drops in the numbers. People need to dump out water that has accumulated. The water will develop those type of containers."

On a brighter note, he believes the recent drier, hotter weather can only help control numbers. He expects better numbers by the end of the week.

It was reported an adult female had a case of WNV earlier this year. Furthermore, two mosquito collections tested positive for WNV, but there's no further indications of WNV at this time, he said.