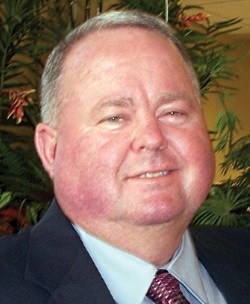 Funeral services will be held at 11:00 a.m., Thursday, September 20, 2018, at North Orange Baptist Church in Orange, Texas with Reverend Kevin Brown officiating. Burial will follow the service at Hillcrest Memorial Gardens in Orange.

Born in Orange, Texas, on January 17, 1961, he was the son of Billy Cagle and Betty Newsom Cagle.

He graduated from Lamar University with a bachelor’s degree in Law Enforcement, as well as being a firearms instructor, a Master Peace Officer, and was voted Readers’ Choice Best Law Enforcement Officer of the Year for 2017 and 2018.

David was an excellent carpenter and loved working around the house.

During his time in Mauriceville he enjoyed trail riding with his horses, being on his tractor, and fishing.

David loved to entertain friends and family at his home, relaxing on the beach, barbequing, and even entering barbeque competitions.

He loved his grandchildren dearly and enjoyed spending time with them.

David will be deeply missed by all who had the privilege of knowing him.

David was preceded in death by his parents, Billy and Betty Cagle.

Arrangements are under the direction of Claybar Funeral Home in Orange