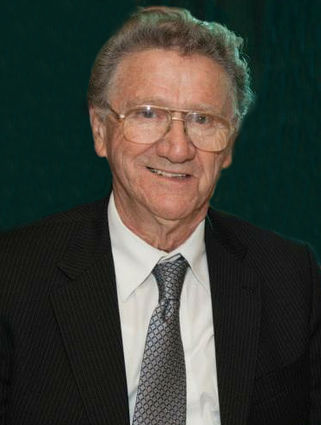 Jerry Anthony Authement, 78, of Orange, Texas passed away on Saturday, October 6, 2018 in Round Rock, Texas. He was born on September 25, 1940 to William and Yolanda Authement.

Jerry was a lifelong resident of Orange, Texas until his retirement when he and Carolyn moved to the hill country of Georgetown, Texas. He was the first graduate of the first class of West Orange High School in 1958. Jerry was also a retiree of 36 years from DuPont Sabine River Works where he worked as a Maintenance Mechanic and he was a proud member of the United States Marine Corps Reserves.

He was a loving and generous husband, father and grandfather who was his granddaughters’ biggest fan at all school and sporting events. Jerry enjoyed traveling to new cities and countries with Carolyn and would reminisce about these adventures with his family who loved to hear his stories.

Jerry was a naturally talented craftsman, building homes, toys, jewelry, cattle equipment and many special items requested by his wife, daughter and granddaughters. He loved spending time watching Aggie football games with his alumni granddaughters and passed on his love of building and crafting to his granddaughters.

He was preceded in death by his parents, William and Yolanda Authement; siblings, Floyd and Lloyd Authement, Ruby Gibbens and James Authement.

He is survived by his loving wife of 57 years, Carolyn Bass Authement, his daughter Kelli Anderson and husband Mark of Bridge City, Texas, his granddaughter Erin Cooper and husband Seth of Dripping Springs, Texas, and granddaughter Lauren Zeto of Orange, Texas. Jerry also leaves two brothers, Jackie Authement and wife Barbara of Buna, Texas, and Thomas Authement of Orange, Texas as well as his loving nieces and nephews. Jerry was anxiously awaiting the birth of his first great-grandson in February of 2019.

A Mass of Christian Burial will be held at 1:00 p.m., Thursday, October 11, 2018, at St. Francis Assisi Catholic Church in Orange. Officiating will be Father Sinclair Oubre. Entombment will follow the Mass at St. Mary Mausoleum.