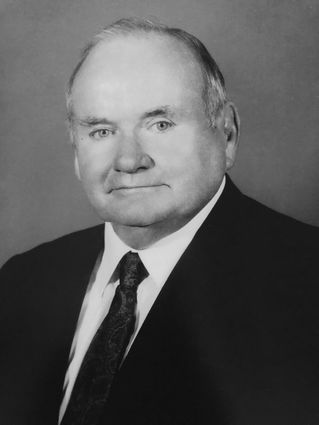 “He not only was intelligent, but he was one of the funniest people I’ve ever known,” Miller said of Litton.

“He taught with humor. But he always was extremely firm. The kids knew when it was time to go to work.”

A funeral service will be at 10 a.m. Saturday, Oct. 20, at St. Henry’s Catholic Church in Bridge City.

His wife of 61 years, Helene, the longtime librarian for Bridge City High School, died in 2009.

Besides biology, Litton also taught driver’s ed at Bridge City High School, where he worked from 1965 to 1988.

But he was “Coach Litton” to all.

He was the first certified trainer at the high school level in Southeast Texas. He was inducted into the Southeast Texas Coaches Association Hall of Fame in 1999.

“He was the trainer for all of the sports. Any time the kids had a problem, he took care of them,” said Troy Woodall, who coached at BC beginning in 1964 and ending in 2004.

“The kids loved him.

“He was gruff in a way, but he loved kids and they knew it. There will never be another Moe Litton. Everybody thought the world of him.”

Miller was a 1967 grad of Bridge City High School, who played football, basketball and baseball for the Cardinals.

He might be best known as an assistant to longtime BC baseball coach Chuck Young.

After serving four years in the Navy during World War II, Litton attended Stephen F. Austin State in Huntsville, earning a bachelor’s degree in 1953 and his master’s in 1956. He played football and was a letterman for SFA.

His first coaching job was in Hemphill. From there, his coaching career included Jacksonville, Vidor, Orangefield and finally Bridge City.

He was part of the staff for Bridge City’s 1966 state championship football team.

From 1987 to 2008, Litton worked for Lake Charles Memorial Hospital as a sports medicine consultant.

“I met Coach Litton as a student athlete,” Miller recalled. “He was a very unique individual. We saw him as more than a trainer. He was more like a doctor to us.”

“He’d drop in on different ones, because he wanted to see everybody.

“He was a good man. I don’t know how many good words I can say, but they’re all real.”