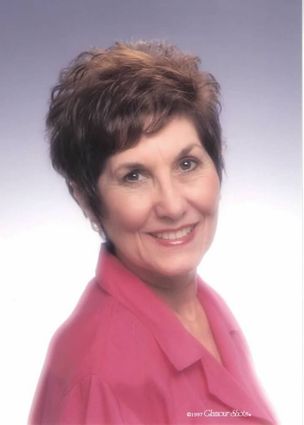 Louvenia Miller Hryhorchuk was born in Lake Arthur, Louisiana on August 14th, 1933. She is preceded in death by her parents, Mabel Ryder Miller and Andrew Miller; In addition to brothers, Thomas Joseph “Jay” Miller and Ernest Miller.

Louvenia was baptized at Our Lady of the Lake Catholic Church on October 3, 1933 in Lake Arthur and made her First Holy Communion on May 18, 1944 in Sulphur, Louisiana.

She lived in Lake Arthur until nine years old.

Cajun French was the only language she spoke until she started school.

Some of her fondest memories as a young girl included spending time at her Aunt Poline (Nanny’s) home.

She also enjoyed playing hide and seek in the fields with her brothers or playing alone with her dolls.

She often spoke about the many nights that she spent on the bleachers of the dance hall as her parents danced below.

She contributed this to her lifetime fondness of Cajun music and dancing.

Anyone that knew her, knew how well she could dance!

In 1942, Louvenia’s parents moved to Orange, TX for her father to work in the Ship Yard.

He later became a Boilermaker in the local union.

Louvenia graduated in 1951 from Lutcher Stark High School, where she was a member of the Bengal Guards, an all girl’s band.

Upon graduation from high school, she became employed with the Orange County Tax Assessor-Collector’s Office.

She worked in the office her entire career- 40 years of service! For her last twenty years of employment, Louvenia served as the County Tax Assessor and Collector for Orange County.

Through the years, she had political opponents in four of her five elections and she gained a reputation for being a tough boss.

When she retired from Orange County in 1992, she had set the county’s longevity record for an elected official holding the same office.

Louvenia spent her life serving God, her family and her community. While living in Orange, she was a member of St. Mary’s Parish and later St. Francis of Assisi. When she relocated to Beaumont, TX in 1994, to be closer to her children and grandchildren, she became an active member of St. Jude Thaddeus. She attended daily mass and weekly adoration. She was a devoted Apostle of the Divine Mercy. Louvenia spent several years doing weekly prison ministry at the Mark Stiles Unit. She also served the local Catholic Diocese by being a member of the Serra Club.

Louvenia was a beautiful woman in both her inner and outer appearance. She held high values for dignity, faithfulness, honesty, independence, responsibility, integrity, family devotion and impeccable work ethic.

Louvenia passed away on Sunday October 21 st In Houston, Tx. from complications associated with Vascular Dementia. She spent her life remembering to put God first…. I believe when she met Our Lord, his response was that from Matthew, Chapter 25, Verse 21: “Well done, my good and faithful servant.”

Visitation will Tuesday October 23rd from 5:00 to 8:00 pm at Claybar Kelley Watkins Funeral Home with a Rosary recited at 6:00 pm. A Funeral Mass will be held Wednesday October 24th , 11:00 am at St Jude Thaddeus Catholic Church. Entombment services will be held at 1:00 pm following Mass at St Mary’s Cemetery in Orange, TX. In lieu of flowers, donations may be made to St. Jude Thaddeus Church, Catholic Charities or the Alzheimer’s Association.