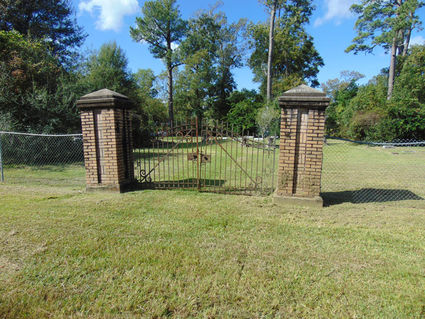 Photo: Damaged property was found at Hebrew Rest Cemetery, 2100 8th Street in the Brownwood area of Orange. The incident occurred Monday morning. The Orange Police Department is asking for the public's help with any information.

An unpleasant surprise was made Monday at a cemetery in Orange.

Damaged property was found at Hebrew Rest Cemetery, 2100 8th Street in the Brownwood area of Orange. Capt. Robert Enmon, with the Orange Police Department, is asking for the public's assistance in solving the case. Enmon said the incident could had happened in August because the groundskeeper was prevented from doing maintenance at the cemetery due to rain.

"We suspect it kids who did this," he said. "There's not broken gate for fence. They either went under or over the fence. There's a lot of kids there who ride their bikes. We're asking for security camera footage, but we haven't received any yet."

The incident was reported to the OPD at 10:22 a.m. on Monday, October 29 about damaged property, according to a report written by Officer Grant McLen.

McLean wrote he was sent in reference to criminal mischief. When he arrived, he met with Judy Spector at the cemetery entrance. She said someone damaged the property at the private cemetery.

Lemoine said the last time he was at the cemetery was in August. Furthermore, he was able to point out further damage to the cemetery.