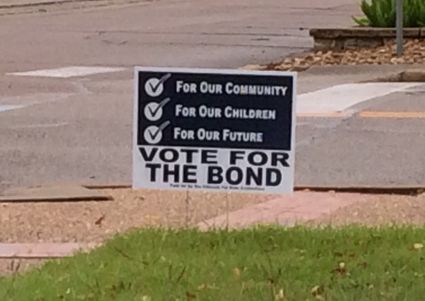 In addition to Tuesday’s election for county, state and national representatives, voters who reside in the West Orange-Cove school district may cast their ballot for or against a $25.75 million bond.

Early voting for the school election continues through Friday at the Orange Public Library, from 8 a.m. to 5 p.m. On election day, Tuesday, Nov. 6, bond voting will be from 7 a.m. to 7 p.m. at 12 different polling places, the same locations as for the general election.

Through Monday, Oct. 29, a total of 1,827 early votes had been cast for the bond election.

In the general election, the first six of the 10 days of early voting saw a mid-term record of 14,039 voters. In the last mid-term election, there were 10,626 votes cast, according to Orange County Elections Administrator Tina Barrow.