arrest made in threats toward Orangefield High School 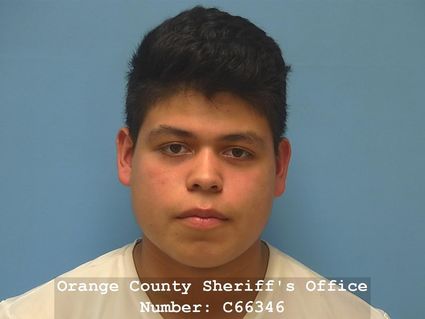 The Orange County Sheriff’s Office secured an arrest warrant for 17 year old William Ordonez for the offense of Terroristic Threat earlier today. Ordonez is currently in custody at the Orange County Correctional Facility awaiting arraignment and bond to be set.

This arrest comes after Ordonez made comments on a social media group chat, involving numerous Orangefield High School students, to commit acts of violence at the high school. The Sheriff’s Office was made aware of the threats and the school administration was then notified.

Ordonez was questioned by investigators and stated he did not actually intend to commit any acts of violence and also did not have any means of carrying out such acts.

The offense of terroristic threat is a Class A misdemeanor and is defined by Section 22.07 of the Texas Penal Code as a “threat to commit an offense involving violence, to any person, with intent to: cause reactions by officials; place any person in fear of imminent serious bodily injury; or place the public or a substantial group in fear of serious bodily injury” (among other elements).

The Sheriff’s Office takes any threat of violence involving our school districts very serious and will take steps necessary to ensure thorough investigations are conducted to bring about swift justice.