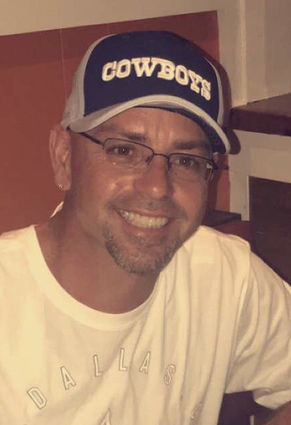 Jonathon “J.J.” Wade Jordan, 40, of Bridge City, Texas, passed away on November 4, 2018, in Beaumont, Texas surrounded by his family and friends. Funeral services will be held at 10:00 a.m., Thursday, November 8, 2018, at Claybar Funeral Home in Orange. Officiating will be Brother Keith Pennington of New Life Assembly of God Church. Burial will follow at Granger Cemetery in Duncan Woods, Texas. Visitation will be from 5:00 p.m. to 8:00 p.m., Wednesday, at Claybar Funeral Home in Orange.

He worked as a Field Superintendent for Titan Contracting.

He enjoyed spending time fishing and was an avid sports fan who loved University of Texas Longhorns and most of all the Dallas Cowboys.

From watching baseball to cheering on his favorite football teams, it was known that Jonathon loved sports.

He loved spending time with his family, especially his children and his dog Coco.

Family dinners were a favorite, especially if pumpkin pie or guacamole were involved.

He will be dearly missed by those who knew and loved him.

He was preceded in death by his father, J.W. “Red” Jordan; and his grandfather, Eli Burr.