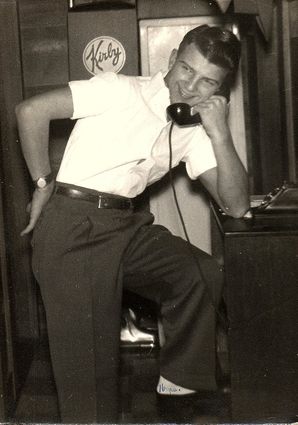 A memorial gathering to honor his life will be held at Dorman Funeral Home on Thursday, November 8, 2018 from 5:00 until 7:00 PM, with Pastor Keith Giblin giving the message.

Bob was born on Thursday, November 19, 1936, in Orange, Texas to parents, Elouise (Davis) and Richard Lane.

He was a lifetime resident of Orange, Texas and attended church at St. Paul's Episcopal Church in Orange.

Bob was a very loving, good hearted man who enjoyed spending time with his wife and family.

Bob was married to Margaret Peggy Lane for 62 blissful years.

They shared many wonderful memories together such as traveling all over the United States as well as overseas in Singapore for 14 months while he was working as a Lab Tech for DuPont.

They also enjoyed many wonderful experiences on camping trips together and with friends at places such as the river and Lake Sam Rayburn where Bob enjoyed the fishing.

For many years, Bob spent a lot of time flying the Radio Control Planes as well as being an instructor for the classes on how to fly them.

In earlier years, Peggy had a large, nice pool table put in their home for her husband and son, Bob Lane, to play pool on and in turn it then became a typical hangout for all the kids that lived close by to come and play pool together and just have a good time.

It was truly some very good times and wonderful memories made at the Lane home.

Bob is preceded in death by his parents Elouise "Tootie" and Richard "Dick" Lane, and son, Bob Lane.

In Lieu of Flowers, Donations can be made to Southeast Texas Hospice at, 912 West Cherry Ave. Orange, Texas.