Dubose to serve as Parade Marshal 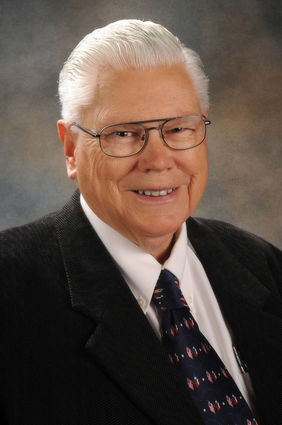 “You stay around long enough, something good will happen,” Dubose joked about being asked to lead the parade.

Dubose, a CPA, spent almost a quarter of century in public service to Bridge City and Orange County.

He began in 1989, a year after he opened his accounting office, he said.

He served three terms as city councilman, then five years as Bridge City mayor. He won the first of three terms as Orange County Precinct 3 Commissioner in 2000.

He was president of the Southeast Texas Regional Planning Commission while he served as county commissioner. He was County Judge Pro Tem for 10 of the 12 years he served on Commissioners’ Court.

Dubose received his bachelor’s degree in management from Lamar University and moved to Bridge City in 1970. He earned a Masters of Business Administration degree from McNeese State in 1974.

He is a Texas Certified Public Accountant.

The Dec. 8 parade will cover about a mile of West Roundbunch Road, beginning at the First Baptist Church and ending at Bridge City Intermediate School.

Entries for the parade are being accepted through Monday, Dec. 3 and in exchange for the entry fee – a donated toy for each participant on the float – participants can compete for three trophies in each of four categories as well as a $200 prize that goes with the Mayor’s Trophy for best “One Starry Night” themed entry.