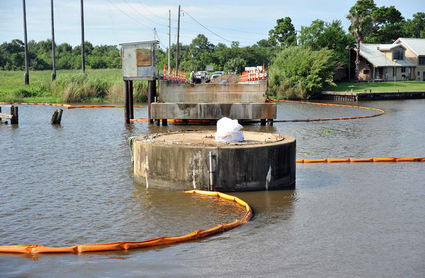 TxDOT is about to wrap up the pavement overlay project on Texas-87 through Bridge City. Then they have plans to start their next project on the East Roundbunch Swing Bridge near Chemical Row in January.

After what seems to be a long, drawn out project by some area residents, the repairs on Texas-87 through Bridge City may soon be completed.

According to Sarah Dupre, with the Texas Department of Transportation, the project could wrap up within the next two weeks.

For some the completion will come as a relief. Traffic congestion has increased and at times up to about 33,000 vehicles within a 24 hour period have been counted on Texas Avenue.

To prevent an even more costly complete overhaul of the roadway, TxDOT chose to preform maintenance type of work on the project.

"What this does is so we would not have to completely reconstruct the roadway," Dupre said.

The project was met with delays during the process which was mostly due to weather conditions. The biggest delay was the heavy rain left behind by Hurricane Harvey in late August and early September in 2017.

The rain totals for 2017 were 104.3 inches which exceeds the average annual rainfall total of 60.47 inches. There was not a hurricane in 2018 to date and the rainfall totals still exceed the normal range. The rainfall to date in 2018 is 80.69 inches and the average is 54.23 inches, according to the National Weather Service in Lake Charles.

Another obstacle has been cold weather, according to Dupre.

However, even though the work may seem to be completed in Bridge City, TxDOT will then focus on another project.

Starting in January they will focus on the bridge and roadway on Roundbunch, Dupre said. This project is expected to be completed in the spring of 2019.