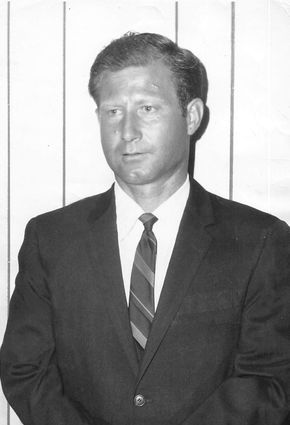 Visitation will be held prior to the service beginning at 12:00 p.m., at Claybar Funeral Home in Bridge City.

Born in Coushatta, Louisiana, on August 30, 1933, he was the son of Robert Jessie White Pepper and Minnie Ollie (Alexander) Pepper. Jack worked for Brown’s Service Station, the Bridge City Water District, and was the supervisor for the Precinct 3 Orange County Road and Bridge. He also served as a Bridge City Councilman for many years. Jack was a member of Liberty Baptist Church in Bridge City. He was also a member of the Bridge City Masonic Lodge #1345 for over 50 years. Jack was a car and motorcycle enthusiast, and rode motorcycles well into his 70s. He was a hardworking and very determined man. Jack will be missed by all who knew and loved him.

He was preceded in death by his parents, Robert and Minnie Pepper; his sisters, Lorina Blackburn, Dorothy Pixley and R. Jessie Brown; his brothers, Vern Pepper and Hendrick Pepper; and the mother of his children, Bonnie Lee Pepper Peveto.