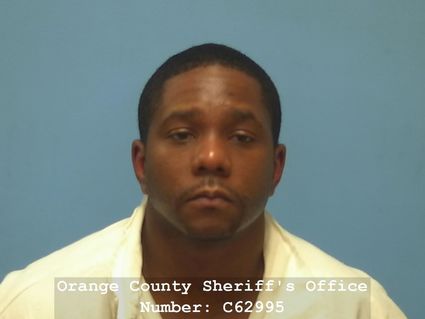 Not a dry eye during heart wrenching testimony

It was back to the courtroom for Kelvin Roy, 40, of Beaumont, who was given a second trial to face charges after he was involved in the death of 16-year-old Alexandria "Lexi" Bertrand in Feb. 2014.

Initially, Roy was sentenced to 75 years in prison on charges of murder. However, the Texas Court of criminal court of appeals upheld a lower appellate court's decision to overturn his conviction. The appeals court ruled the jury in the case should have been instructed to consider the lesser charge of manslaughter which carries a penalty of up to 20 years in prison.

Roy was charged with murder when his girlfriend, Taralynn Brown, told police he was threatening to kill both of them before accelerating toward the railroad tracks on Highway 105 in Vidor and hitting the vehicle where Lexi and her mother were sitting at a traffic light.

Brown took the stand Tuesday and told jurors she and Roy had been in an "on and off" relationship because of his issues with illegal drugs. They had gotten back together the month before the wreck. He had arrived at her house and she told him she was hungry and wanted to go get something to eat on MLK in Beaumont. He agreed to take her in her Mercury Sable.

But, she knew something was wrong when he passed the exit to the restaurants. She asked him why but he cursed at her and told her to "shut up." As they continued eastward on Interstate 10 she saw him pick up a cigarette and light it. Brown knew by the smell it was no ordinary cigarette. It was laced with PCP.

For Roy this was something he did frequently and a source of their problems. In the past when he was high on PCP he had physically assaulted her, according to court testimony.

A short time later, Roy began drifting between the lanes and driving excessively slow. Passing vehicles honked their horns and swerved to miss them.

Brown feared for her life and told Roy to pull over because she wanted it all to stop. Brown testified instead of pulling over, Roy laughed. Brown then told Roy she just didn't want to be with him anymore.

This angered Roy and he came to a complete stop on a feeder road before proceeding onto Highway 105. He then told her they were both going to die, according to court testimony.

"He looked at me and mashed the gas," Brown said.

The Sable accelerated at a high rate of speed down Highway 105 toward the railroad tracks and the vehicles stopped at the light.

"He never let off the gas," Brown said.

April and Lexi Bertrand were out shopping that fateful evening. Lexi wanted a special kind of candy to give for Valentine's Day. Her mother, April, and she were chatting about finding the candy before stores closed.

April said she was completely oblivious when she heard the loud crash and the side of the Honda Odyssey Van was ripped completely off where Lexi had been sitting. The Sable continues moving forward flipping four to five times before coming to rest 244 feet from the point of impact.

"My brain is racing and trying to catch up on what is happening," April Bertrand said. "I turn to check and see if Lexi is ok, but my baby is not there."

April gets out of her vehicle amid the debris and rushes over to Lexi where she is laying on the road. A pool of blood is forming around her head from the deep gash on her head.

"Her beautiful blue eyes are open, but she doesn't see me," April Bertrand said.

April Bertrand shakes her shoulder and Lexi gasps. She reaches in her for her cell phone and calls 911.

The 911 call is played in the courtroom. This causes tears to flow as April Bertrand relives those hard fought moments.

Witnesses at the scene gave CPR to Lexi as the teen continued to gasp and gurgle. She was transferred by ambulance to St. Elizabeth hospital in Beaumont. After many brain scans, doctors determined she was brain dead. Not wanting to believe it, her mother ordered another scan. But, it confirmed what she already knew. Her baby was gone.

To fulfill her daughter's wishes,a few days later, her organs were donated and saved the lives of four people.

At the scene, Brown received serious injuries as well. She had deep lacerations to her leg which left exposed bones. Brown testified she thought she was going to die and thought about her children during this time.

Roy was unconscious in the vehicle. Witnesses testified at one time they saw him lift up his head and look around. He received a non life threatening head wound. He too was transferred to a local hospital. At one point, ambulance personnel had to pull over to restrain Roy before continuing onward to the hospital.

Brown shook him after the car came to a stop trying to wake him up.

Brown was fearful the car would explode so she opened the door and fell outside. She did not realize she could not walk until she looked down at her leg and tried to walk.

As a result of the wreck, she remained in the hospital for two months. She has not had any contact with Roy nor resumed their relationship.

Court testimony resumes Wednesday morning in the 163rd District Court with Judge Dennis Powell presiding. The case will then go to the jury to decide what his punishment will become during this trial.