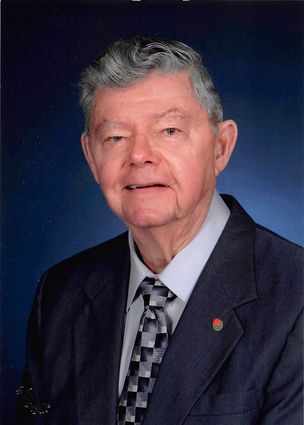 A Mass of Christian Burial will be held at 11:00 a.m., Saturday, December 22, 2018, at St. Mary Catholic Church in Orange. Officiating will be Father Joseph P. Daleo and Father Sinclair Oubre. Visitation will be held prior to the Mass, beginning at 10:00 a.m. with a Rosary held at 10:30 a.m., led by Deacon Melvin Payne. Burial will follow at St. Mary Cemetery in Orange.

Born in Port Arthur, Texas, on December 8, 1928, he was the son of Thomas Broussard and Elia (Breaux) Broussard.

Floyd retired from DuPont after 40 years of working as a draftsman and designer specialist.

Floyd was a member of St. Mary Catholic Church and served as the first Eucharistic Minister and Lecturer.

He was known as “The Dean” for the theatre organ at the Jefferson Theatre for 30 years, as well as for several churches.

During his lifetime, he donated 11 gallons of blood.

Floyd was a devoted husband, father, and grandfather.