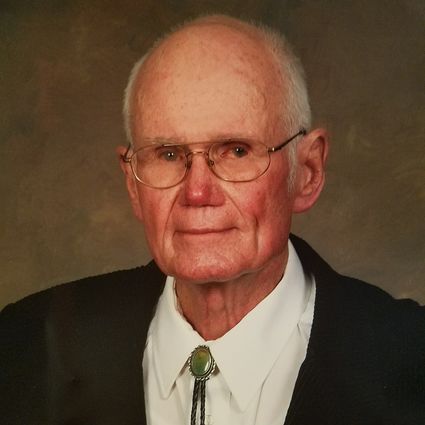 Interment will follow at Mose Granger Cemetery in Orangefield, Texas.

He was a direct descendant of Susanna Harmon and Peyton Bland, an Orange County pioneer family.

He owned and operated the Capistrano Cafe in Orange Texas for twenty years, then worked twenty years as the Orange County Meat Inspector for the State of Texas.

After retirement he enjoyed traveling with Imogene in their RV and camping with the Gator Sam RV Club.

He also enjoyed gardening and raising chickens.Henry was preceded in death by his wife, his parents, and his sister Bonnie (Bland) Brauer.

He is survived by his sister Joann (Bland) Gabriel, his daughter Deborah Linscomb and husband Kenneth, his son Larry T. Bland and his wife Peggy, two grandsons, Travis W. Linscomb and Troy M. Pitcher, one great granddaughter Aslyn M. Pitcher, and many nieces and nephews.

Memorial contributions may be made in Henry's name to the Society of St. Stephen at St. Paul United Methodist Church in Bridge City, Texas.