Flu season upon us 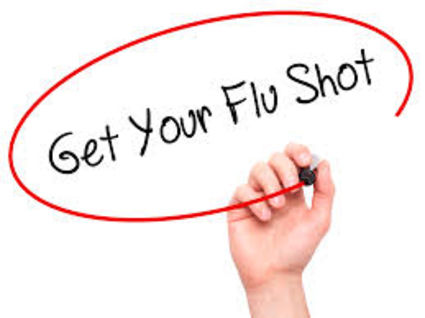 Now that the Christmas holidays have passed, it's time to prepare for the future by starting the new year healthier by preventing the flu.

The timing of flu is unpredictable and can vary in different parts of the country and from season to season. Seasonal flu viruses can be detected year-round; however, seasonal flu activity often begins as early as October and November and can continue to occur as late as May. Flu activity most commonly peaks between December and February, according to the Centers for Disease Control and Prevention.

Although flu season has began, people should still get a flu vaccine before the flu begins spreading in the community. It takes about two weeks after vaccination for antibodies to protect against flu to develop in the body.

Andy Haeggquist, director of pharmacy for Family Pharmacy, said they have already started dispensing prescriptions of Tamiflu for patients with active flu cases.

People who have been recently exposed to the flu virus can see their local doctor about getting a proactive dosage of Tamiflu to help prevent getting the flu since the vaccine needs more time to work.

Influenza viruses usually infect the respiratory tract. As the infection progresses, the body’s immune system responds to fight the virus. This results in inflammation that can trigger respiratory symptoms such as cough and sore throat. The immune system response can also trigger fever and cause muscle or body aches. When infected persons cough, sneeze, or talk, they can spread influenza viruses in respiratory droplets to people who are nearby. People might also get flu by touching a contaminated surface or object that has flu virus on it and then touching their own mouth or nose.

Most people who become sick will recover in a few days to less than two weeks, but some people may become more severely ill. Following flu infection, moderate complications such as secondary ear and sinus infections can occur.

Pneumonia is a serious flu complication whichcan result from either influenza virus infection alone or from co-infection of flu virus and bacteria. Other possible serious complications triggered by the flu can include inflammation of the heart, brain, or muscle tissues, and can result in multi-organ failure. Severe complications can happen to anyone, but may be more likely to happen to people who have certain chronic medical conditions, or in elderly persons, according to the CDC.

This year the flu vaccine, Flucelvax, is a quadrivalent which means it covers four strands of the flu.

To date, the Bridge City Family Pharmacy has dispensed 33 high doses of the flu vaccine and 20 regular doses.

Family Pharmacy dispenses the flu shots 9 a.m. to 6 p.m. Monday, Tuesday, Thursday and Friday. They accept walk-ins and no appointment is necessary. Vaccines are given to anyone eight years older and over. Children four to eight years old can be given a vaccine with a prescription from their doctor.

Flu vaccines have a good safety record. Hundreds of millions of Americans have safely received flu vaccines over the past 50 years. There has been extensive research supporting the safety of flu vaccines.

But, like any medical product, vaccines can cause side effects. Side effects of the flu vaccine are generally mild and go away on their own within a few days. Common side effects from the flu shot include: soreness and swelling at the site, headache, fever, nausea, and muscle aches.

There is a high dose vaccine available which contains 4 times the amount of antigen as a regular flu shot. It is associated with a stronger immune response following vaccination for a higher antibody production.

The higher dose vaccine, Fluzone, is recommended for people 65 years or older or those whose immune systems are suppressed.

Family Pharmacy currently has a few doses on hand of the high dose vaccine, but has more on order.

Haeggquist suggested people to get the pneumonia shot as well which is in stock.

"We are happy to help anybody we can," Haeggquist said.