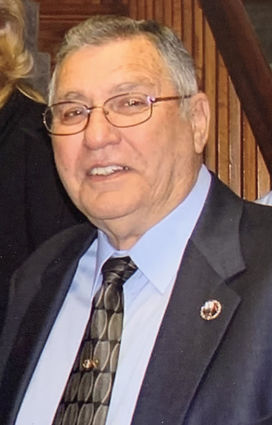 A Mass of Christian Burial will be held at 10:00a.m., Thursday, January 10, 2019, at St. Henry Catholic Church in Bridge City. Father Steve Leger will preside at the Mass. Burial will follow at Hillcrest Memorial Gardens in Orange.

Visitation will be from 5:00 p.m. to 8:00 p.m., with a Rosary recited by Steve Obernuefemann at 6:00 p.m. with a Wake to follow, Wednesday, at Claybar Funeral Home in Bridge City.

Born in Kiln, Mississippi, on January 14, 1937, Lou was the son of Ulysses Garriga and Bertha Moran Garriga. After serving in the Air Force, he moved to Orange and began working for Spencer Chemical before it was Gulf then Chevron. He married Kathryn Bergschneider from Urich, MO, on April 23, 1960, and raised six children. He retired as a supervisor of the Tech Lab from Chevron after 37 years of service.

Lou lived life with a servant heart. Serving the poor of the community was his passion. He spent much time and energy starting Orange Christian Services 40 years ago. He was OCS President, Vice President, Treasurer, board member and volunteer. He was influential with much of the fundraising it took to keep OCS as a thriving center to serve the less fortunate.

His community service also included a term as a Bridge City councilman from 1974-1976. He also worked closely with the Orangefield community to provide food and toys for the holidays with the Orangefield/Bridge City Christmas basket program. He was a member of St. Henry Catholic Church since 1962 where he was involved as an usher, sacristan, Eucharistic minister, home bound minister, daily mass attendant, and on parish council. He was a member of the Knights of Columbus Council #3406 where he served as the Grand Knight and financial secretary as well as a 4th Degree Knight of Columbus, Council #3491. His life revolved around his faith, service, and family.

Lou was an avid gardener and loved the outdoors. He enjoyed sharing the fruits of his labor with his friends and community. Lou was proud of all his children and loved his family dearly. He will be deeply missed by his family and all those who he touched.

A special thank you to Southeast Texas Hospice and the caregivers at Family Care in Orange—Kay, Pearl, Pam, Mary and Arlee.