From ‘erasable’ to institution, LSCO turns 50

Butch Campbell recalls when he joined the staff at what was then called Lamar University-Orange in 1975.

“When I got here, there were only 13 of us [employees] and we had only one floor of one building. Classes ran from Monday through Thursday and on Friday, we 13 folks were expected to show up in our painting clothes, because we didn’t have a maintenance staff.”

A total of 362 students enrolled in 1969, the year it opened as a lower-division extension center in an abandoned elementary school in Riverside which earned the school the nickname “Tilley Tech.”

This school year, enrollment topped 2,400 in the fall. The full-time faculty numbers 42 and the school has 170 full- and part-time employees.

“Last fall we had so many graduates we had to have two commencements at the Lutcher Theater,” said Dr. Thomas Johnson, the school’s fourth full-time president.

“That’s a good problem to have,” he said. “I hope we have to go to three graduations.”

Campbell, a 43-year staffer who is now director of security, recalls that the school’s first president, Joe Ben Welch, dealt with problems more stressful than the number of commencements.

“Joe Ben would come in to faculty meetings and tell us we could be erased with an eraser on a pencil; that’s how tenuous things were with the Texas Legislature.”

In 1972, Lamar University-Orange began to offer degrees and in 1983, the Texas Legislature passed legislation sponsored by State Sen. Carl Parker of Port Arthur to create the Lamar University System.

The next year the state approved a Licensed Vocational Nursing that was separate from the LU nursing programs. And the year after that Parker saw to it that the school received financing from the state.

In 1989, the school received accreditation by the Southern Association of Colleges and Schools (SACS) and Welch resigned after 19 years of service.

In 1991, the Legislature authorized LU-O to issue associate degrees in its own name and Gov. Ann Richards signed a bill making LU-O and independent degree granting institution.

In 1995, the Legislature abolished the Lamar University System and put the four schools in the Texas State System. In 1999, the state renamed LU-O as Lamar State College-Orange.

Dr. Johnson, a native of Port Arthur, replaced him.

He had worked for Rep. Charlie Wilson in Washington in his early years, then had a 20-year stint with the Houston Police Department before going into education, which led him back to Southeast Texas.

Elias Jureidini, a 25-year school employee and assistant professor of math, said, “What makes the school special is we have personal attention for the students, who can get a higher education for very little money compared to other schools.”

“One thing that hasn’t changed over my 32 years is the abundance of caring. We enjoy helping our students.” 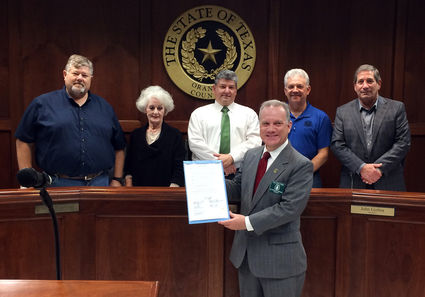 “Orange has five high schools in the county. A lot of students would never go to college without a two-year school, but you can get a certificate for welding and make a living wage.

“We are not in competition with the other two-year schools around us. By having three, we can maintain small class sizes.

“We’re committed to keeping small classes and serving the needs of our community. I’m one of those individuals for whom education saved my life. I want to build on what Dr. Shahan did and grow.”