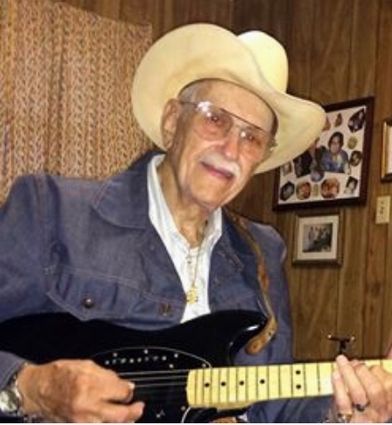 Funeral services will be held at 2:00 p.m., Friday, February 15, 2019, at Claybar Funeral Home in Orange, Texas. Officiating will be Brother John Sims, of Bethel Baptist Church. Burial will follow the service at Hillcrest Memorial Gardens in Orange.

Born in Orange, Texas, on September 18, 1925, he was the son of G.A. Burch and Martha A. (Chadwell) Burch. Doug proudly served his country in the United States Navy and went on to retire from Montgomery Ward as a Truck Driver. He enjoyed old western movies and had a band he played with every Friday night for 22 years. Doug loved his family dearly and will be missed by all who knew and loved him.

He was preceded in death by his parents, G.A. and Martha Burch; and his loving wife, Louise Cobb Burch.

Doug is survived by his niece, Shirley Dunham, of Orange; as well many other nieces, nephews, other family, and loving friends.

The family would like to extend a special thank you to Ray and Linda Burch as well as Doug’s Friday night jam friends.