Dorothy Mary Livingstone Soileau was born in Mobile, AL, on February 12, 1922 to Agnes Livingstone. She resided in Mobile until she was 18, when she followed her cousin Fanny Champagne to Port Arthur, TX. She met Joseph Evan Soileau and they were married on April 19, 1941. They shared 63 years together until Joseph passed on October 26, 2009. They had six children. Survivors include, Jimmie and wife Joni Stachelek Soileau, Timothy Soileau and Cyndi Hall, Don and Denise Hanson Soileau, Gary and Glenda Couie Soileau, Warren and Cynthia Soileau Green, Tim and Denise Soileau Trahan, Tommy and Sandy Ducote and Mysti Jenkins Alamro.

She was preceded in death by her husband, Joseph Evan Soileau; her mother, Agnes Livingstone; her uncle, Dewey Livingstone and her cousin, Fanny Champagne.

Dorothy had a full life of almost 97 years; she was involved in the Legion of Mary at Saint Henry’s Church and sang in the choir. She was a Den Mother for hers sons in the cub scouts and supported them through Boy Scouts where two of them became Eagle Scouts. They also received the God and Country Award.

She drove trucks at the refinery during World War II. She constantly cooked and took care of her six children, husband and helped her grandchildren.

Dorothy sewed beautiful clothes and made the prom dresses for her daughters. Her Hobbies included ceramics, cooking and cake decorating.

She was a member of the Providence Wellness Center where she loved visiting with her friends while doing their pool exercises and giving out free advice.

She would keep up with all of them through social media and could scroll with the best of them.

Mom could do it all.

She constantly drove all the kids to school and to practice and never complained.

Amoto and his staff, her sitters, Yolanda Martin, Eleanor Richardson and Annette Coates for taking such loving care of her.

Thanks to her physical therapist and the other Home Health Professionals.

Thank you to Aseracare Hospice that provided everything needed and made her comfortable until the end.

Until we meet again in Heaven Mom, Thank You for all you have done for all of us. 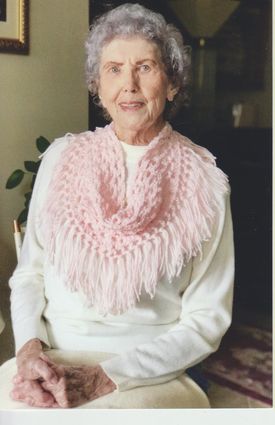 Online condolence may be expressed to the family at www.pinecrestfuneralhome.com Visitation will be held on Saturday, February 16, 2019 from 11:00 a.m.

at Corpus Christi Catholic Church, Mass of Christian Burial will follow at 12:00 p.m.