Ten Years have gone by since we lost Buddy Moore, I still miss him.

My friend Buddy Moore and I covered a lot of life’s terrain together, starting out as young men and it was quite a trip.

Buddy became publisher of the Kountze News in 1974, sold to him by his employer the famous publisher Archie Fullingim.

Buddy was from the same mold of publisher as Archie and they often spoke their minds and often let the hair go with the hide.

That caused them many confrontations and some physical attacks.

Archie made the Kountze News famous and Buddy expanded on it.

One time, Archie, who was also famous for his mayhaw jelly making, canceled LBJ’s subscription for non-payment.

The vice president paid up.

Buddy’s printed words were read in the halls of Congress and often quoted by congressmen to make a point.

Most everyone in the Texas delegation subscribed to the newspaper.

Buddy also pioneered the Huntington paper in East Texas in conjunction with the Kountze News.

A man named Meadows, a friend, did Buddy wrong and ended up with the paper which he later sold to the Hearst Corp., which still owns it.

That paper was the best shot Buddy had at making a good living in the paper business.

He knew the Lumberton area would grow.

Like most talented, creative people, however, he wasn’t a sharp businessman.

The content in his newspapers was always his main focus.

I owe a lot to Buddy for any success I’ve had.

We formed a corporation, Triangle Press, in Beaumont, made up of publishers of weekly newspapers in order to print our own papers and not have to depend on other printers.

Years later, Buddy put together a majority of the stockholders that enabled me to obtain all the stock and become sole owner. I rewarded Buddy well and he never again had to worry about getting his paper printed. As long as I owned the press, he bought only the newsprint.

I later sold Triangle Press and my publications to Cox Communications, which owned the Port Arthur News and later bought the Orange Leader. They still use our name, Triangle Press, at their printing plant.

I first met Clester Ray “Buddy” Moore around 1960. He was working for DuPont where he put in 10 years and had a printing shop on the side of his home, shared with first wife Kathy, on Irving Street in West Orange. He had also tried publishing a weekly paper that didn’t pan out. Several people, including KOGT owner Ed Lovelance, tried to establish a weekly paper. None were successful until ourOpportunity Valley News. It had amazing success but it wasn’t overnight. I often went to Buddy for help. He quit his job at DuPont, shut down his printing press and moved to Kirbyville and went to work for a small paper. He and Kathy then moved to Kountze and later divorced.

He later married Jeanie, a young beautiful, talented woman. They had two daughters together – Cherrye Rae and Charlee. Cherrye and her husband “Peppe” owned a bed and breakfast in Italy at the time. The couple made a fast trip across the ocean and were at Buddy’s bedside an hour before his death. It was like he had hung on waiting for her to get there. Jeanie and Buddy’s two beautiful daughters have done some acting and a lot of modeling for an array of retail outlets and publications. Jeanie, several years Buddy’s junior was a blessing. She took great care of Buddy throughout their life until the very end.

To tell the entire Buddy Moore story would take a thick volume.

He was a true “Yellow Dog Democrat.” He would have voted for the dog if he was the only liberal in the race.

His political connections were far reaching.

From Austin to Washington he had most of the politician’s private phone numbers.

He was especially close to liberal U.S. Sen.

Buddy once put on a Hardin County political rally.

Every candidate showed up including the governor.

State Comptroller Bob Bullock and Gordon Baxter got in a big public controversy.

Baxter accused Bullock of using his raiders to grandstand for political reasons, while raiding small businesses and shutting them down over sales taxes.

Buddy had to step in and stop the argument before it got to blows. Baxter was right, Bullock was climbing the political ladder. He later became a popular lieutenant governor from 1991-99. He and Buddy fell out when he supported George W. Bush for governor against Buddy’s good friend Gov. Ann Richards and against Garry Mauro in governor’s race in 1998.

Buddy called and said he wanted to invite me to another famous wedding in Kountze, making fun of Phyl and my wedding there in 1954. We had eloped to Kountze some 30 odd years earlier. At this time his newspaper office was across the street from the old courthouse. In his office, he kept a pair of armadillos named Hoover and Starr. “It was time for the couple to quit shacking up and get married,” he said. “We’re going to have a big wedding party.” The armadillos were parachuted from a plane down to the town square. Baxter was the master of ceremonies. The affair drew thousands – actress Cheryl Ladd and Rep. Charlie Wilson, as well as many other professionals and politicians.

A friend of Buddy’s was Mauro, who at 34, was elected land commissioner.

He was a handsome guy, with a lot of political savvy.

In 1972, he had met Bill and Hillary Clinton while working in the George McGovern campaign.

That led later to him serving as chairman of President Clinton’s campaign and also as Texas chairman for Hillary Clinton’s presidential campaign.

At age 30 Garry was executive director of the Texas Democratic Party.

He was from Bryan, an A&M grad with a University of Texas law degree.

Once he and I were sitting by the stage, shooting the breeze before an event of Buddy’s when an “Angle in Tight Fitting Jeans” walked up and asked for instructions to where she could change clothes.

I lost his attention.

Buddy was the engineer and strong advocate for the establishment of the Big Thicket National Preserve and Park.

He was a good writer and a great storyteller.

He had been published many times and had been the subject of many publications and television stories.

His entry into writing came when he was 12 years old, working as a printer’s devil, with the Silsbee Bee.

He wrote a weekly column, ‘Sports Galore” by G.R. Moore.

Ink ran through his veins for more than 65 years.

Today, many of his stories are shared with visitors of the “Big thicket Directory.” Buddy’s brother, Jack and wife Peggy, are longtime residents of Bridge City and Orange.

Buddy started in the newspaper business long before it was even cold type.

Back when it was hot set, one image at a time.

I started when we used scissors, glue cans and set type on a photo image that had to be manually developed.

We were in the dark ages compared to today’s computers and satellites. 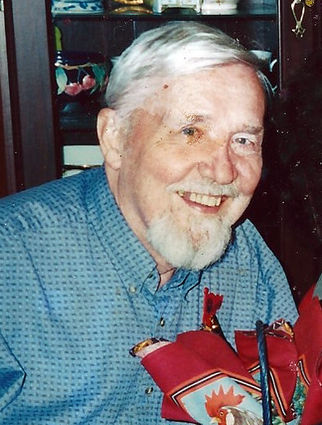 Buddy and I were members of “Baxter’s Brigade,” a group of writers who didn’t fit the norm. Harold Beeson, Dan Green and Don Jacobs were part of the gang. I am the only one left also who still writes. I wouldn’t take anything for those great times. I feel so privileged to have traveled down life’s highway with such a great guy. Buddy’s friendship was never wavering. He was loyal to the core, a dedicated advocate for his beliefs. I used to love making him sell me on a candidate. He knew his subject.

Buddy was cremated along with a memorial service. With his death, like many of my friends before him, I feel like I have lost a piece of a great life that made our friendship so enduring.

Today the famous Kountze News, like Buddy, is no more but in their time they made and recorded history that will never be repeated.

(Editor’s note: Thanks to everyone who responded to our column last week on Tony Dal Sasso. We also heard from his daughter Chrisleigh and Tony’s grandson Austin, who stopped by to say thanks.)