Casey Tally Named BC Chamber Employee of the Month for February 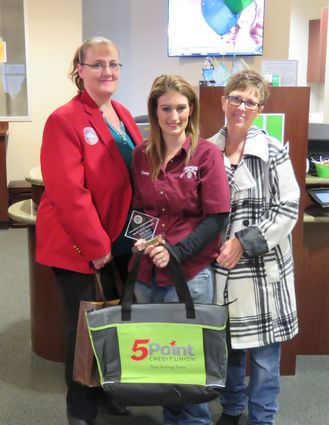 The Bridge City Chamber of Commerce is delighted to announce that Casey Tally, Office Manager of Dupuis Tire and Service Center, has been named February Employee of the Month.

Casey said, “I have twin sister who is a girly-girl and I’ve always been daddy’s tom boy.” Not only does Casey take care of the office at Dupuis Tire, she is also a licensed vehicle inspector filling in for Earl when needed.

Casey is a Little Cypress-Mauriceville graduate and currently lives in Bridge City with her husband and three children.