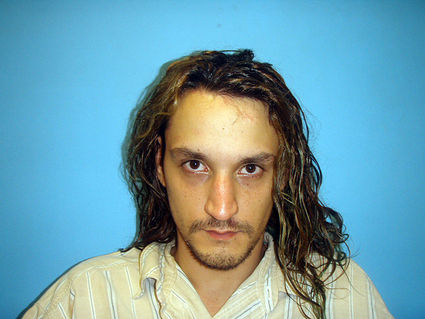 A two-year-old girl was murdered in Orange Tuesday.

The Orange Police Department received a call from a neighbor about the child at 11:12 a.m. Tuesday. They arrived a few minutes later at 520 Azalea to discover a deceased young child at the residence.

Investigators were called to the scene. It was determined the girl died by a "violent nature." An autopsy was ordered. Results are pending.

Through investigation it was determined the father, Yovahnis "Geo" Roque, 26, was responsible for the girl's death. He was detained at the scene. He was later transported to the Orange County Jail where he was charged with Capital Murder. The case is still under investigation, according to Captain Robert Enmon, of the Orange Police Department.

"This is the worst day of my career," Enmon said.

If convicted of Capital Murder, Roque faces life imprisonment or the State of Texas could ask for the death penalty.

The case leaves many pondering the cause of why Geo would do this to his young daughter, including the family of the child's mother.

According to a family member, Dennise Bridgers, it was two years to the day of Savannah's murder, that her mother Rachel was killed.

Geo had ran out of gas on a Florida highway. He called Rachel for assistance. She arrived and was helping Geo put gas in the vehicle when they were struck by a suspected drunk driver. She was killed and Geo was seriously injured. Savannah was only days old when Bridges held the tiny infant at the funeral. The case is still pending in Florida courts, according to Bridgers.

"If it wasn't for his lack of responsibility we would still have Rachel," Bridgers said.

After the loss of Rachel, they wanted to pursue custody of Savannah, but were fearful Geo would disappear with her and they would never see their "angel" again.

Bridgers admits her family never understood what Rachel saw in Geo. They believed he was heavily into drugs and didn't hold a job. He would sometimes call and ask for money too.But, they always denied the request for fear he would only purchase more drugs. In addition, he had another child in Miami which he didn't see to the child's needs.

Geo tended to drift from Florida to Texas. According to Bridges, he followed his mother to Orange and brought Savannah with him around September.

Bridgers also said she noticed a pattern of Geo's post on Facebook. He had often posted rap songs he had created.

"They were mostly about anger and death under his rapper name YNOT," Bridgers said.

However, Geo also posted about six months ago about his daughter, "she's my precious last breath of air."

It was also on Facebook where Bridgers discovered the loss of Savannah.

Bridgers says the family is still in shock about the loss of the toddler with the dark curly hair and sweet brown eyes.

"Savi was our little ray of sunshine" Bridgers said. "We loved her very, very much."

Bridges hopes to have Savannah's body brought back to Florida so she can be buried next to her mother. She says Rachel's father is heartbroken since losing his daughter and this will surely do him in.

"We just loved her so much," Bridges said through her tears.